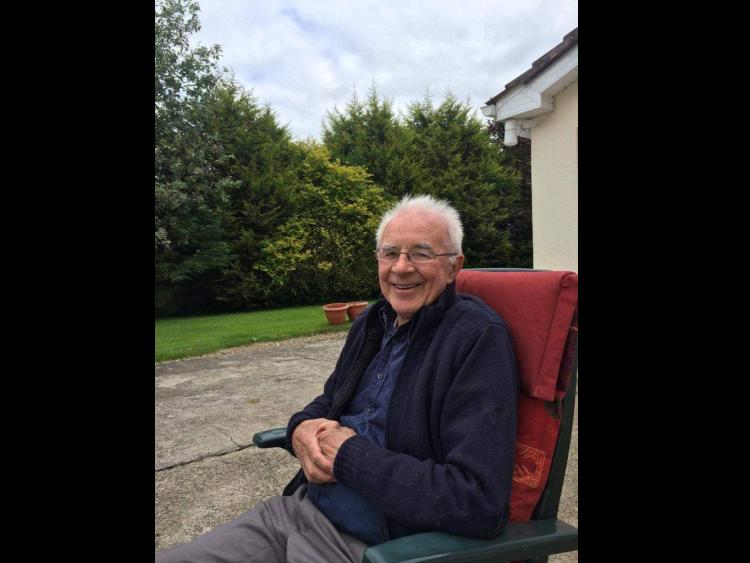 We were all saddened when the news became known that Mr Brendan O'Byrne of Aughafin Edgeworthstown had passed to his eternal reward on Tuesday, December 8, 2020, following a prolonged illness.

Beloved husband of Bridie (nee Blessington) and dear father of Antoinette and Brendan, he is also survived by his grandchildren, son in law, daughter in law and sister Sr Nuala.

In the early seventies, Brendan was appointed Principal Teacher in St Patrick's National school, Killeen and he remained in this position until his retirement in 2002.

Master O'Byrne was a great teacher and the many tributes paid to him by many of his past pupils following his death were proof of how popular he was and many thanked him for the great start in life he gave them.

Brendan had a special interest in his pupils and possessed a great memory and was always able to remember names years after them leaving school.

Brendan's passion for drama was known throughout the county and indeed further afield and his many productions with Killeen Dramatic Society will be fondly remembered for many years to come.

How could anyone in this area forget Brendan's production of John B Keanes "Sive"or "The Field" to name but a few in the old school in Killeen.

In one of the productions of 'The Field', Brendan played the Bishop and when he blessed himself on stage, so did his entire audience.

Brendan had a great ability of casting his plays to perfection and memories of Jeannie Dawson as Nana Glavin and Frank Browne as Thomaseen Sean Rua or Vincent Kiernan as The Bull McCabe or John Glynch as The Bird O Donnell all come back to mind.

Brendan was a very patient man and I'm sure he was often put to the test when cast members turned up late or maybe not at all for rehearsals and his answer to this was try and improve the next time but that didnt always happen. No doubt he applied this in the classroom also.

Brendan had a very strong belief that a play was to entertain the audience and he frowned very much on the inclusion of any vulgar language in it and where possible he'd insist on removing it. Again he was thinking of his pupils who would be in the front seats in the hall.

Brendan was a great community man and he obviously loved where he worked and where he lived and following his retirement he and Bridie returned to McElvaney's often to meet up with former members of Killeen Dramatic Society and other friends in the area and we all have very fond memories of him proposing his usual toast 'Good Luck To All And Bad Luck To None'.

On behalf of all we extend a very sincere thanks to Brendan for his great contribution to our community and we offer heartfelt sympathy to Bridie, Antoinette and Brendan at this very sad and difficult time and we pray that his gentle soul will rest in peace.