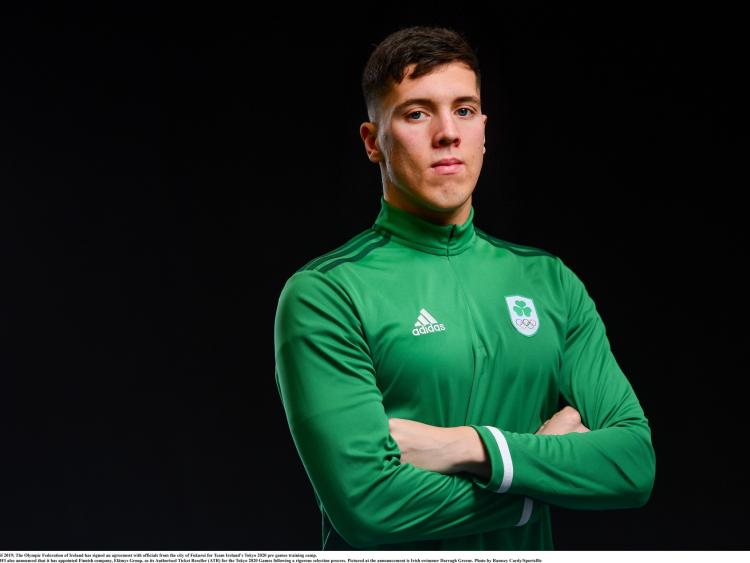 Longford swimmer Darragh Greene has said he is 'absolutely honoured and delighted to be nominated to represent' Ireland at his Olympic Games this summer in Tokyo.

Absolutely honoured and delighted to be nominated to represent @TeamIreland at my first Olympic Games this summer! Absolute dream come true! Sláinte to everyone who has supported me on this journey, HWG pic.twitter.com/K3QdLSiWpG

Swim Ireland today announced its revised Olympic nomination policy for the Tokyo Games and this means Darragh Greene and Shane Ryan can now both be considered for the Games as the two Irish swimmers to post performances under the FINA ‘A’ time in their respective events in the designated period thus far.

Taking to Twitter, Darragh said heading to the Olympics is an absolute dream come true and he expressed thanks to everyone who has supported him on this journey.

The upcoming 2020 Olympic Games are scheduled for July 23 to August 8.

Swim Ireland outlined that after a year of Covid-19 related upheaval, they updated their Olympic Nomination Policy to give additional opportunity to athletes to meet the qualification standards.

They explained, "The changes to the policy provide for swimmers who have already achieved an Olympic Qualification Time to be pre-selected and for those that do not meet the qualification time at the Irish Olympic Trials in April (20 – 24) to qualify at a nominated meet in June.

"Both the International Olympic Committee (IOC) and FINA (the world governing body for swimming) require athletes to achieve an Olympic Qualification Time (FINA ‘A’ time) within a designated period from March 2019 and from pre-named ratified competitions for them to be assured of an entry into the respective individual event at the Games."

National Performance Director Jon Rudd said, “This revised Policy is a COVID-specific move away from that which has become our regular and recognised selection process for a summer senior international benchmark meet because of these exceptional times and aims to provide athletes with the fairest possible opportunity to be nominated to the OFI for the Tokyo Olympic Games. We spent a great deal of time looking at that which we truly believe in for international success (individual event selection via a sole Trials) to that which has become necessary because of the unprecedented circumstances that we have faced over the last 10 months – circumstances that are still with us and will remain so for some months to come. We believe that the breadth and balance that the four stage Nomination Process gives us satisfies our performance need, whilst being underpinned by a process which is ethically sound in terms of athlete opportunity.”

National Senior Team Head Coach Ben Higson said, “With the uncertainty that has surrounded and continues to surround us regarding COVID-19, it has been it has been imperative that we respond and not react to the situation we find ourselves in. The new four stage approach provides fairness in opportunity and will hopefully ensure as many of our athletes as possible can be on the plane to Tokyo. Athletes and coaches have worked tirelessly throughout the past four years and deserve to have the best possible opportunity to qualify.’

The next opportunity for athletes to qualify for the Games will be the Irish Open Championships (Olympic and Paralympic Trials).