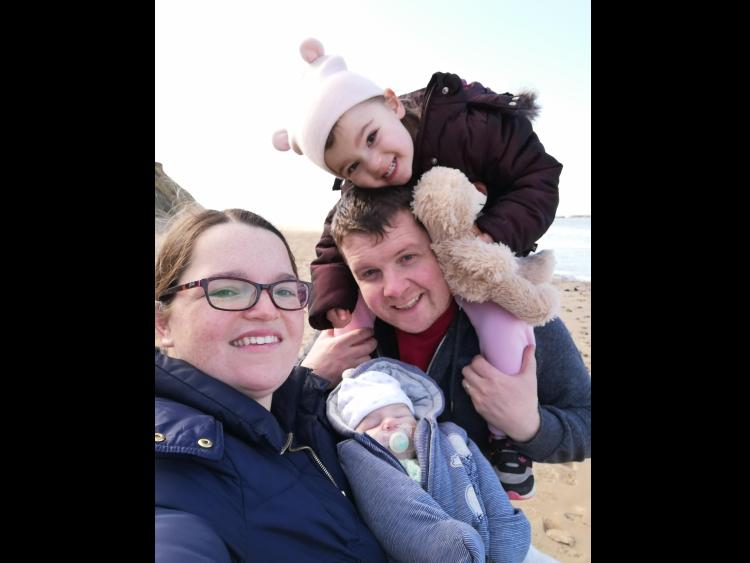 Losing a child is one of the most difficult experiences in a parent’s life and, without the support of certain charities set up to help those grieving or expecting a loss, the bereavement would be far worse.

For Killoe lady Gemma O’Gorman and her husband, Joe, it was the Jack and Jill Foundation, the Irish Cancer Society, Hugh’s House and Milford Hospice who offered support throughout the short life of their baby boy, Micheál who sadly passed away on March 31, 2020.

As a thank you for the incredible support offered during a very difficult time, Gemma and Joe are undertaking a number of fundraising events, including an online Bingo event this evening, Wednesday, January 20, with Mullingar Rugy Club. Tickets are available via www.mrc.com.

“Without these charities and the people involved, there is no doubt in our minds that things would have been very different for us and on the negative side,” Gemma told the Longford Leader.

“ We are as strong as we are due to the abundance of support given to us by all the charities. This is why we are fundraising. We want to pay it forward to the next family who needs their support.”

The young mother is originally from Dublin but moved to Killoe with her family in 1999 when she was Gemma Fallon.

She attended Scoil Mhuire Secondary School from 1999 to 2003, completeing her Junior and Leaving Cert exams there.

She met her husband, Joe, in 2012 and moved to his native Co Clare in 2016 when they got married and started their new life together, welcoming their beautiful little girl, Órnaith into the world in 2017.

“In January 2019, I suffered a miscarriage. I was nine weeks pregnant. A few months later I was expecting, a little brother to his sister who was two and a half,” Gemma explained.

“In early December 2019 at our 32-week scan, we were told of an anomaly with our baby but with all our tests, scans, etc, no one could tell us nor prepare us for what was truly going to come our way.”

Baby Micheál was born on January 23, 2020, in Holles Street Hospital, and would have been celebrating his milestone first birthday this weekend.

“He certainly let us all know he had arrived. Within two hours of birth, he was having seizures and the doctors were doing their best to control them,” Gemma explained.

“Mícheál had an MRI and an EEG in Temple Street Hospital to find out why the seizures were happening and we were given the devastating news when he was just five days old that he had a suspected genetic condition, which was life limiting. Again, no doctor could tell us how long or short his life would be.”

Mícheál was transferred Temple Street Hospital and his parents were lucky to be given the opportunity to stay at Hugh’s House, a home from home very close to the hospital.

“We could stay at the house, rent free for as long as we needed to be there, to focus on getting Mícheál stable to be moved to Limerick Hospital, which is the closest hospital to where we live,” said Gemma.

“We spent over two weeks in Temple Street before getting our much wanted transfer to Limerick Hospital. We spent another two weeks in the hospital before Mícheál was discharged.

“We came home with our dedicated nurse Hillary who knew Mícheál very well. We had an immense amount of support from the palliative care team in Milford Hospice. We had a fantastic night nurse named Anne from the Irish Cancer Society and we had several nurses from the Jack and Jill Foundation, whose coordinator, Mags couldn't do enough for us.

“Together with these amazing people, we had just over four weeks at home with Mícheál and made so many precious and vital memories with his big sister Órnaith. Mícheál passed away in our arms on March, 31, 2020 aged nine weeks old,” she said.

A GoFundMe campaign called In Memory of Micheál has raised almost €15,000 for the chosen charities. Anyone wishing to donate can do so at www.gofundme.com.