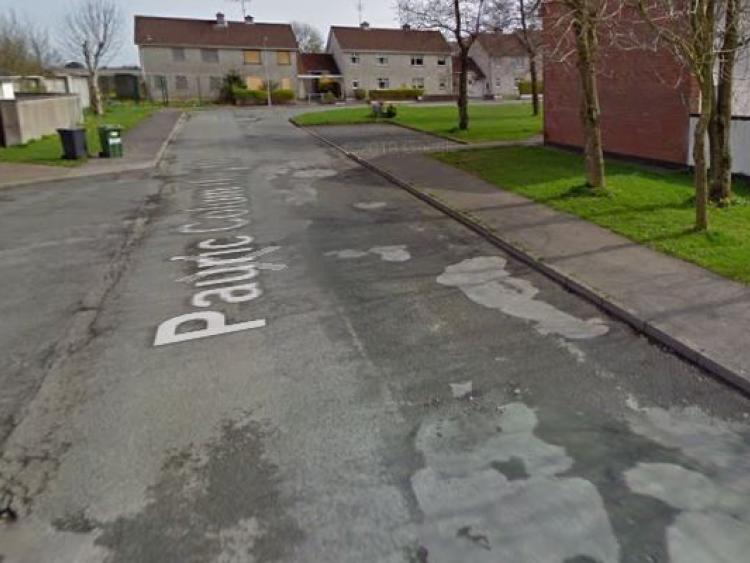 Pauric Colum Heights in Longford town, where three women were allegedly threatened by a man brandishing a slashook last week

Gardaí have this evening seized a hatchet as part of an ongoing investigation into a bitter internal family feud which last week saw three women allegedly threatened with a slashook while walking in Longford town.

The weapon, which gardaí believe was not used in an incident in the Padraic Colum Heights area of town last Thursday, was discovered on foot of a search of a house in the Abbeylara area at around 4pm today.

That came detectives obtained a warrant to search the premises following statements which were made by three women who were allegedly confronted by a male and a female accomplice as they walked through the Longford estate.

The Leader understands a male suspect jumped out of the car and threatened the women with a slashook before returning to the car which then took off at speed.

Gardaí believe the incident is part of a divisive and acrimonious internal family stand-off.

No arrests were made following this afternoon's seizure, but the Leader understands relatives of those involved in the dispute were present at the time of the search and were fully cooperative with officers who conducted the search.

A garda spokesman has this evening confirmed to the Leader that investigations continue apace both into last week's alleged incident and today's seizure.