'It will be May or June at least' before pubs are allowed reopen, warns Longford publican

Industry might never be same cautions local businessman and keen golfer, saying: 'I can't even improve that now' 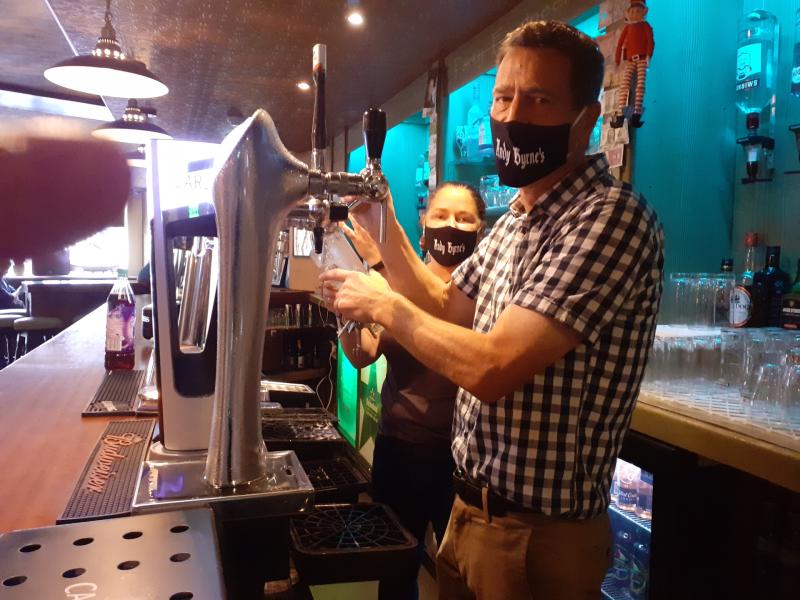 It could be another five months or more before Longford's social scene is given the all-clear to return to some semblance of normality, a Longford publican has warned.

That was the cautionary soundings from Andy Byrne as he reacted to this afternoon's confirmation of the latest escalation in restriction measures announced by the Government.

Mr Byrne, who has spoke previously of his fears for the local and wider vintners industry, told of how the long term impact of a third national lockdown might impinge on a trade which has once again seen scores of workers and publicans sign up for government backed supports.

"It will be May or June before there is word of anything," said Mr Byrne, when asked about the likelihood of pubs being given the green light to resume business.

"I can't see anything happening before that."

A former critic of the need for greater State intervention to help hard-pressed publicans, Mr Byrne said almost ten months on into the current pandemic he "can't really complain" about the financial supports which have since been made available to proprietors.

That said, the local publican accepted Longford's and Ireland's wider social scene is likely to be much changed when society does eventually return to a post-Covid era.

"I do think people will be more careful and maybe the vulnerable and older people might be cautious about going out," he said.

"But I also think that when the vaccine is fully rolled out, people still need to take responsibility especially in terms of those who are vaccinated and those that don't."

There was also a word of caution issued towards how the current public health crisis could see a certain cohort of smaller establishments remain closed whenever the go-ahead is given for the wider economy to reopen.

"I would imagine there will be a good few that you just won't see again," he said.

"I would be confident enough of surviving, but I know a lot that simply won't."

Aside from the prevailing gloom hanging over the pub industry, Mr Byrne said the current lockdown was also hindering his own abilities in terms of furthering his "other career" as a seasoned golfer.

"Sure, I can't even improve that now," joked Mr Byrne when asked about his current golfing handicap.

Despite those disruptions, the affable publican insisted he was still able to "play off single figures" and was even considering adding a golfing feel to his premises when he does eventually reopen.

"I'm actually thinking of putting a putting green in the back garden," he quipped.

Whether he does or not, Mr Byrne's loyal clientele look set for a further extended wait to see if he follows through on that promise.