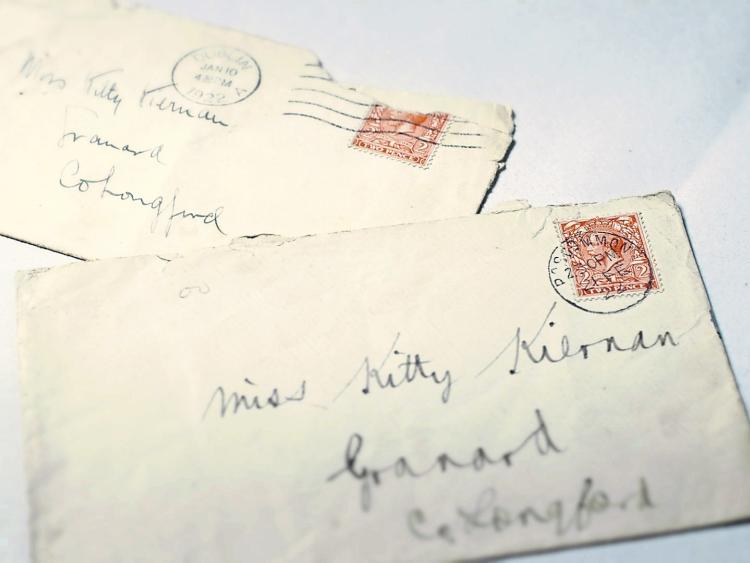 Scéalta Grá na hÉireann explores the most iconic love stories throughout the history of our land.

These stories echo through time and each one has played a major part in the formation of modern Ireland.

From the stormy passion of the 'Pirate Queen', Grace O'Malley, to Oscar Wilde's scandalous affair with Lord Alfred Douglas, Ireland's Greatest Loves reveals the greatest romances of the most iconic people ever to shape our nation's remarkable history.

The series will premiere on Wednesday, January 13 at 8.30pm with Ireland’s greatest and most tragic love story, the love triangle between Michael Collins, Kitty Kiernan and Collins’ best friend Harry Boland.

In Ireland's greatest and most tragic love story, Michael Collins and Kitty Kiernan kept their love alive through the 300 letters they exchanged between 1919 and 1922.

These correspondence offer a stunning insight into a tragic love story that took place during a period of great violence, upheaval and change for the nation from the War of Independence, through the Treaty Negotiations and The Irish Civil War.

These letters, captured in High Definition, are seen as never before in this series. The letters are lovingly preserved in the Cork Public Museum in Cork city. “It’s an extraordinary archive, there’s nothing else like it in relation to a love story between such a well-known politician and his love.” Diarmaid Ferriter, Professor of History, UCD.

Programme Two examines the doomed love affair between the Irish patriot Robert Emmet and Sarah Curran that took place during the Irish rebellion of 1803.

Oscar Wilde's illicit love affair with Lord Alfred 'Bosie' Douglas in Victorian London cost him his family, his livelihood, his fame and his life will feature in week three of the series.

The unrequited love story between W.B. Yeats and Maud Gonne features in the fifth programme of the series.

Scéalta Grá na hÉireann is a Bo Media Production for TG4, made with the support of the Broadcasting Authority of Ireland.