Help get Longford song to number one on iTunes charts 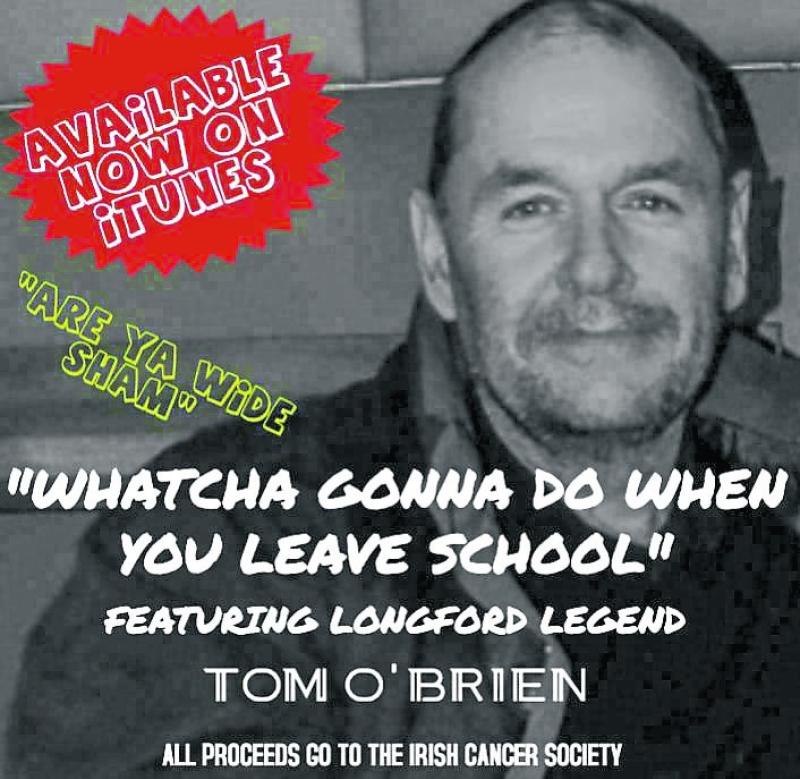 The fun and sardonic song, ‘Whatcha gonna do when you leave School’, featuring Longford’s Tom O’Brien will be available to download on iTunes from this Friday, January 8.

And Tom, along with his friend of 42 years Éamon Ó Ceallaigh, are hoping to get the song to Number 1 in the Irish iTunes charts and raise much needed funds for the Irish Cancer Society.

Éamon explained, “The target is to raise €10,000 and to achieve Tom’s wish would mean so much to him and his family.” A gofundme page entitled - Tom O Brien ,Fight against cancer - has also been created in support of the campaign.

Four decades ago, when Tom and Éamon were in their late teens, Éamon says he wrote a song, with Tom in mind and about six months ago, a suggestion was made that the song should be recorded.

Éamon outlined, “So last week, on a handheld recorder, I recorded the vocals of ‘Whatcha gonna do when you leave School’, with Tom, in Tom’s house. In the following days, the rest of the single was recorded in Real World Studios, Longford.”

Stepping back in time, could Éamon recall what prompted him to write the song?

“I needed a song for a concert I was playing at in the Temperance Hall, and I came up with this. As it was a much younger and different audience, I needed something more, than the usual folk songs I do.

“At that time, Tom and I were hanging around, a lot together. He came to mind and the song wrote itself. We sang it at every party for years.

“I may have written it but Tom made it his own. His moves, when we sang, made the song.

“It became synonymous with Tom, so much so that one night, I went past a house, and ‘Whatcha gonna do when you leave School’ was blaring out. I peeked in and there was the bold Tom, singing at the top of his voice and dancing like a dervish, with everyone in the room singing along with him.

“I knew, he’d stolen it for good, at that stage. And fair play to him, he got more out of it than I ever did.”

Éamon said it is Tom’s wish to get ‘Whatcha gonna do when you leave School’ to Number 1 on the iTunes charts and he appealed to Longford people to get behind the song ‘to help Tom’s dream come true and also raise valuable funds for the Irish Cancer Society’.