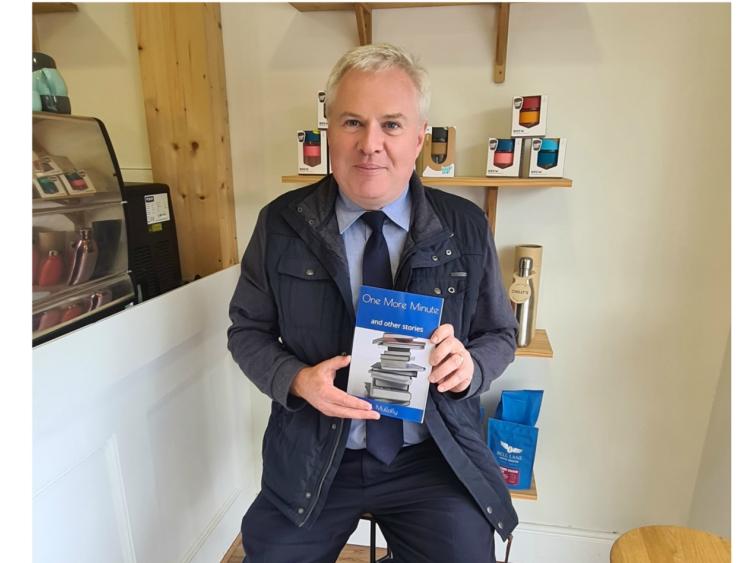 He was once referred to by his superior as “a quiet radical” and now newly promoted Inspector Lionel Mullally is looking forward to embarking on his next chapter as one of the Gardaí's most distinguished and admired officers.

The affable and unassuming head of Longford's Community Policing Division is set to take up his new post in Bailieboro, Co Cavan in just over a week's time following his promotion from the rank of sergeant earlier this month.

That came after previous spells in Dublin and Monaghan before taking up a sergeant's role in Granard a decade ago.

And it was there the softly spoken garda established a reputation as an officer who not just led from the front, but brought about real, effective and lasting change.

It is said first thing in Granard the then sergeant brought in was establishing a drugs unit despite management's views that there was no problem in the county; a move which saw the initiative grow into a successful unit that was later broadened into today's divisional model.

An even bigger claim to law and order fame would arrive soon after through the inauguration of a mechanism which would ultimately become the anti-burglary blueprint for the force nationwide.

Community Text Alert, as it became known, started with the communities of Dromard and Aughnacliffe in 2011.

Within a year of a measure co-authored by Inspector Mullally and community Garda Tracey Shanley, over 3,000 households across north Longford signed up to its workings.

He has always been committed to the idea to get the public at large involved in crime prevention in their community.

Burglaries in Longford at the time were being committed by roving gangs targeting rural houses in Cavan and Westmeath, sparking public unease and the inception of Community Text Alert.

Getting public buy in is one thing, getting results to present at the end of a policing year, however, is an entirely different equation.

But, as has been the case throughout his esteemed career, the amiable father of three ensured those endeavours returned the most impressive of outcomes.

Text alert had immediate effect with burglaries and thefts being cut dramatically and what started in North Longford then became a national police response.

By 2015, Granard's loss was undeniably Longford's gain as a reshuffling of garda middle management locally saw the Dubliner charged with heading up the division's community policing unit.

Still aroused by the adage of copperfastening public engagement and being told an undisclosed location of the county was very much a “no go area”, the newly promoted inspector remained unfazed.

He went there and with LCRL (Longford Community Resources) established a residents group and Neighbourhood Watch.

That allowed for the community, gardai and council to work together directly and grew into what became known as the Joint Action Group and now to the national pilot area for the Government's Community Safety programme.

In Longford too he was the first member of the Gardaí to speak during prayer services at a mosque and gave Irish language lessons to asylum seekers at Longford's Direct Provision centre.

In focusing on older and vulnerable people in the community the Community Policing Unit worked with Age Friendly Ireland and set up the Crime Prevention Ambassadors across the county which is now being looked at by senior management to roll out nationally.

Throw in his opening foray into the world of writing earlier this year through his 'One More Minute and Other Stories' aimed at raising funds for the Little Blue Heroes Foundation, it's not entirely surprising to see why Bailieboro's newly emboldened ranks is being looked upon with such envy from across the national garda spectrum.