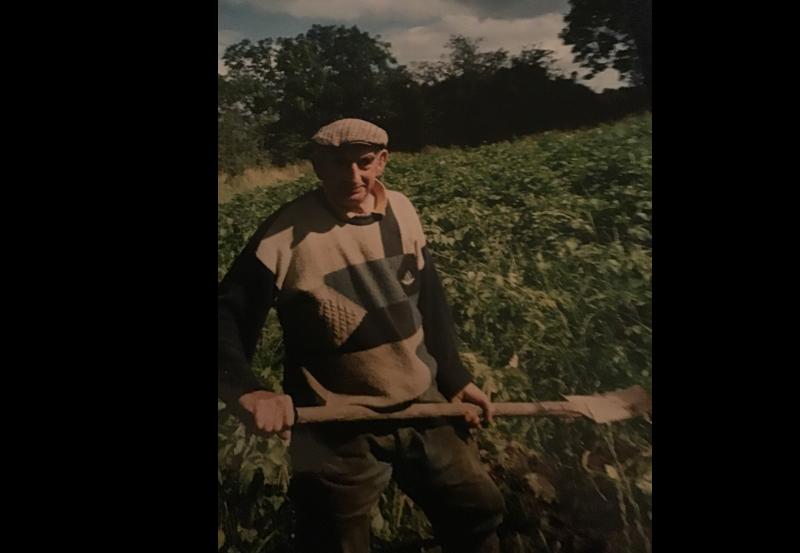 It was with genuine regret that the news of the death of Derrycasson native Thomas Rogers was received in Mullinalaghta and indeed far beyond, which occurred at Our Lady's Manor Nursing Home, Edgeworthstown on Thursday, December 10.

Having celebrated his 80th birthday in March and in declining health for some time, his passing was still a shock to all who had the pleasure of knowing him.

Involved in farming all his life he took great pride in having his holding in first class condition. Regarded as an expert in this sphere of work he was willing to pass his expert knowledge to anyone looking for his advice. He also took great pleasure in having his own vegetable garden which was much admired by callers and which he shared with many.

In his younger days he donned the Maroon and White of Mullinalaghta. Thomas was a lifelong member of the club as both a player and official having played from the late 1950's to the early 1970's. That was an era when trophies were not as plentiful as in recent years. His service as club secretary must rank among the longest and most distinguished in the club's history, from 1959 to 1971.

He held a remarkable knowledge of the club's past and could name teams from any year. Always a great supporter of the club he rarely missed a game when in good health. The recent success of the club gave him much pleasure.

Thomas's home was one of the few 'céileíng' houses in the parish. Neighbours and friends called on a regular basis. All were assured of a very warm welcome. The latest gossip was discussed in great detail. It is very true to say that many tall tales were told both ways much to the amusement of our host. The kettle was always on the boil with the plate of sandwiches at the ready. His passing will certainly leave a void among his family, neighbours and friends. There are not many of Thomas's character and nature around nowadays.

In his homily Fr Peter spoke about Thomas's exploits on the football field. He mentioned his generosity and stated when he was Parish Priest of Clonbroney he was always assured of holly at Christmas for the parish church.

As is the norm with Covid 19 guidelines attendance at Mass was restricted to family and friends. However a large crowd lined the road with social distancing adhered which was a fitting tribute to Thomas.

Predeceased by his parents Patrick and Julia and brother Michael, the late Thomas Rogers is survived by his brothers John (Dublin), Peter (New York), sisters Mary and Sheila ( New York), brothers-in-law, sisters-in-law, nephews and nieces to whom our condolences are extended. May he rest in peace.