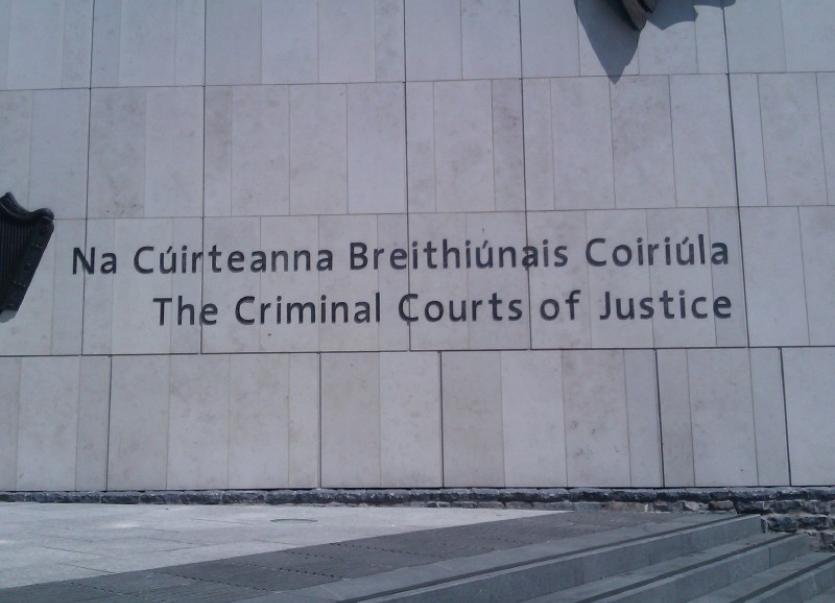 A judge has jailed for 15 years a man he said had “murderous intent” during a brutal assault in which an Offaly man was stabbed 16 times before being set alight with the judge saying the victim had been “basically incinerated” in the attack.

Shaun Groome (32) told gardai he had not been happy with the victim's response to the death of a close friend of his and said he hoped the injured party died.

Dublin Circuit Criminal Court heard the garda view was the victim, Ciarán Murphy, was a low-level drug dealer and Groome was acting on misinformation that Mr Murphy was a garda informant.

Groome's co-accused, David Keena, was jailed in October for five years for his role in the attack.

Keena (21), of Carrig Mor, Ballynacargy, Mullingar, Co Westmeath, pleaded guilty to assault causing serious harm and criminal damage by way of arson. He was 17 at the time of the offence.

Judge Martin Nolan said Mr Murphy had been “basically incinerated” in the attack in which he incurred severe knife injuries and burns to 96% of his body.

Judge Nolan said it seemed to him that for whatever reason, Groome had “murderous intent” that night but noted he had pleaded guilty to the offence of assault causing serious harm.

He said the level of violence brought the offence into the “exceptional” category and set a headline sentence, absent mitigation, of 20 years imprisonment.

Judge Nolan said Groome seemed to be an intelligent man with prospects and a good father who regrets his behaviour and that he could live a productive life when he came out of prison.

He reduced the sentence to 15 years but said he did not see any reason to impose any suspended element. “I think if 15 years in prison does not reform him nothing will,” said Judge Nolan.

Gardai had tracked the movements of the men on CCTV prior to the attack as they purchased petrol in a “gerry can” before travelling to Mr Murphy's home in Rhode, Co Offaly, where he was stabbed 16 times before being set alight.

Mr Murphy had tried to save himself by jumping on Groome as he was leaving, causing Groome to sustain burns which he was later treated for in Belfast.

Mr Murphy was later found in a dog cage where it is believed he had crawled to try and quench the flames with water from the dog’s bowl. He spent a significant time in hospital with life threatening injuries, lost his ears and continues to suffer constant pain.

His victim impact statement was not read in open court but handed to Judge Nolan who read it and commented: “He has some constitution to be able to survive, that's all I can say.”

Desmond Dockery SC, defending, outlined a letter of apology written by his client in which Groome said his actions had been triggered by misinformation and under the influence of drugs.

He said he was “consumed by shame” for what he had done and acknowledged that no excuse was good enough. “I hope some day you can find in your heart to forgive me,” wrote Groome.

Garrett McCormack BL, prosecuting, told Judge Nolan that the Director of Public Prosecution’s view was this case fell into the “exceptional” range and that Groome was the main instigator with greater involvement.

He was brought to hospital and treated for life threatening injuries. He had suffered 96 percent burns from his neck down and multiple stab wounds including into his heart cavity.

Groome was nominated as a suspect and CCTV prior to the attack shows him in Mullingar before purchasing petrol at a service station. Gardai later located clothing he was seen wearing in the CCTV on the N4 at Kinnegad, along with a knife with the victim's blood on it.

Mr Murphy said Groome and a young man he didn't know came to his house that night. He said Groome had stabbed him and poured petrol on him while the young man opened the stove and ignited a trickle of petrol which set him on fire.

As the men left, Mr Murphy jumped on Groome's back, causing him to sustain burns also.

When Groome was arrested he told gardai he was not happy with Mr Murphy's reaction to the death of his friend and that he hoped he dies.

Det Sgt Lyng said the garda view was that the injured party had been a low-level drug dealer for Groome's deceased friend and that Groome had taken over the debt. She said Mr Murphy had believed the drug debt died with the deceased man.

She said Groome was made aware of this and had a meeting with a female who said Mr Murphy was a garda informant. The garda view was Groome was reacting to that misinformation.

Groome, who has 32 previous convictions, took a trial date in the case but failed to appear in 2018. Gardai located him in the United Kingdom and he consented to being returned to Ireland. He pleaded guilty last month.

Det Sgt Lyng agreed with Mr Dockery that Groome had been very close to his deceased friend who had died tragically eight months before this attack. She agreed Groome had an issue around his friend’s death and was not happy when told how Mr Muprhy had reacted to it.

Mr Dockery said during his plea in mitigation that it might be suspected Groome was beyond redemption but submitted very few people were ultimately irredeemable.

He said Groome had an “obviously innate intelligence” and had studied accountancy and finance at Athlone Institute of Technology before dropping out in second year. He had also worked in construction and forestry.

He said the sudden and tragic death of his friend had destabilised him causing him to sink further in drink and drug use.

Counsel outlined a letter of apology written by his client in which Groome said his actions had been triggered by misinformation and under the influence of drugs. He said he was “consumed by shame” for what he had done and acknowledged that no excuse was good enough.

“I hope some day you can find in your heart to forgive me,” wrote Groome.

Mr Dockery submitted Groome had some degree of emotional insight into what he had inflicted on Mr Murphy.

He said his client was giving clean urine tests and was doing an anger management course in the prison.

Counsel asked the court to take into account that he had given a certain level of co-operation and pleaded guilty. He said Groome had also sustained severe burns in the attack, albeit self-inflicted.