Stark warning of 1,200 cases a day if nothing is done 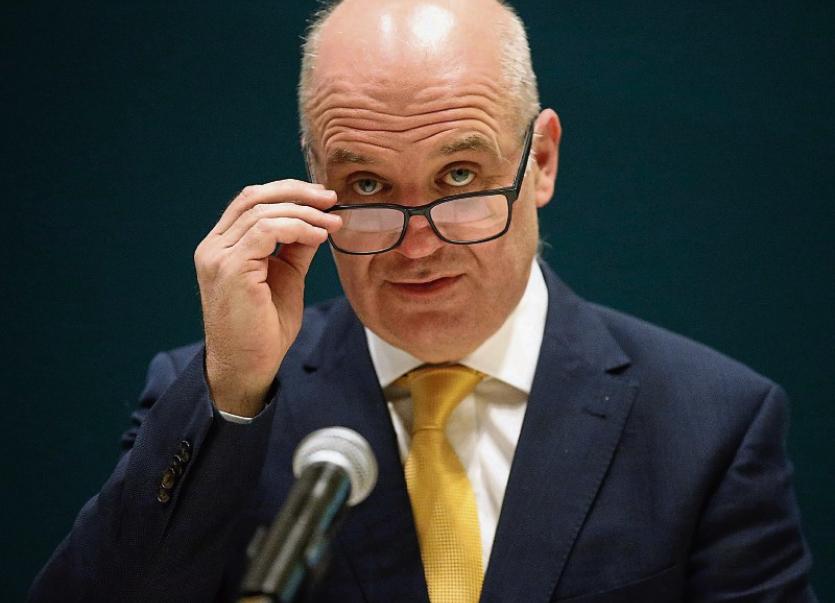 The pre-Christmas surge in Covid-19 looks set to force the Government to curtail the Christmas celebrations with the Chief Medical Officer and Head of the National Public Health Emergency Team (NPHET) warning that the virus is spreading everywhere in Ireland.

Seven new Covid-19 cases were reported in Longford this evening.

The 14-day incidence rate of Covid-19 in Longford remains the sixth highest in the country.

NPHET is reporting that there have been 61 new cases of Covid-19 in Longford in the past two weeks.

The number of officially recorded Covid-19 cases in Longford since the pandemic began is 721 (714 as of Tuesday, December 15 plus the seven cases - pending verification - announced this evening).

NPHET has recommended to Government that the Christmas Covid-19 restrictions must be shortened to the end of the year due to a jump in cases. Restrictions to hospitality will be tightened before the end of 2020.  Household visits could also be cut to one household visiting another.

Also read: What are the changes in Covid-19 restrictions in Ireland from Friday

Speaking on RTÉ's Six One, Micheál Martin said acknowledged that measures would have to be tightened sooner than planned.

"The anticipated period of going from tomorrow (December 18) to the 6th of January would be shortened."

Mr Martin said the Government will take the recommendation "very seriously" and would decide next Tuesday.

He issued the warning before it was announced that Northern Ireland is to enter a six-week lockdown on St Stephen's Day due to the surge in cases which left ambulances queuing outside a hospital in Co Antrim this week.

“The 5-day moving average is 387 per day– this is an indicator that the disease is moving quickly when compared to the previous 5-day average. The virus is spreading throughout the country, in all age groups.

“We are now getting reports of outbreaks in social settings including workplace settings, Christmas parties and funerals. I cannot stress enough how important it is to limit your interactions now. The consequences of not doing so will be exponential growth in January, a substantial increase in hospitalisations and risk to life,” he said.

"Please think about each of your social contacts and consider whether now is the time to be meeting with them. Meet up outside where possible and avoid all crowded settings. If you have symptoms please isolate immediately and contact your GP without delay  – do not go to work and do not meet up with other people. If you are identified as a close contact it is vital that you restrict your movements," he said.

“The reproduction number is now estimated between 1.1 -1.3. We are concerned that Ireland is now in a phase of rapid growth, which if allowed continue, will result in 700 - 1200 cases per day by the second week in January, if not sooner. We are particularly concerned about older people and vulnerable adults, who have protected themselves through the second wave, and are now at risk during the festive season,” he said.

“Intergenerational mixing over Christmas, especially in an environment of rapid growth of incidence, poses a significant risk to older and vulnerable people. It is so important to reduce your contacts and follow public health advice now, in order to protect lives,” she said. 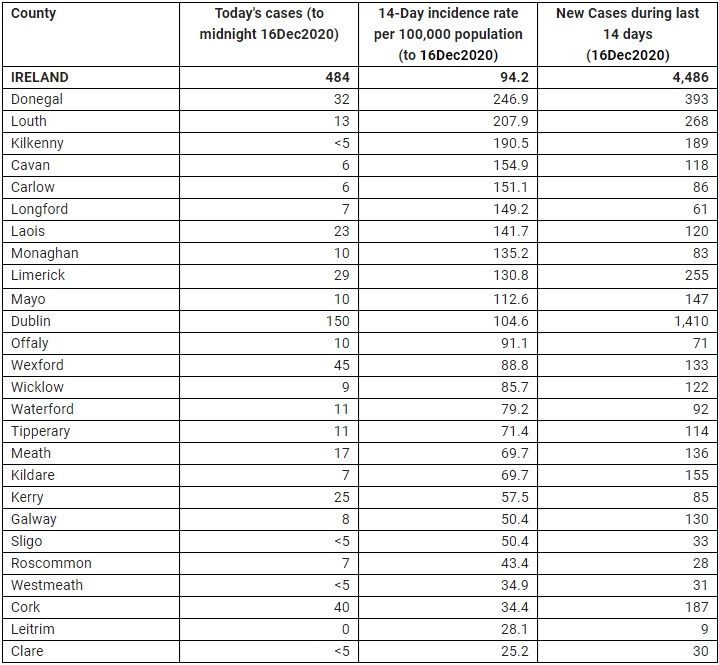