€43.5 million in savings transferred from former Longford Credit Union at beginning of 2020 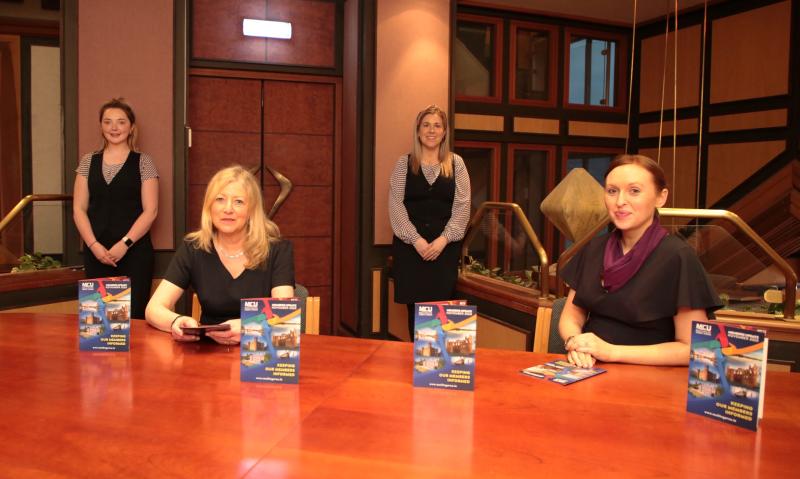 The premises of Longford Credit Union reopened as a branch of Mullingar Credit Union on January 28, 2020. In mid-2016 discussions commenced with a view to a transfer of engagements from Longford CU to Mullingar CU.

And having received approval from the Central Bank of Ireland, both credit unions arranged concurrent AGMs for December 18, 2019 where the majority of members voted to proceed with the transfer.

Transfer documents were signed by the Registrar of Credit Unions on January 25, 2020, and on that date the members of Longford CU became members of Mullingar CU.

Loans to members increased during the year by €11.2 million. Loans transferred from the former Longford CU amounted to €12.6 million.

Excluding the Longford transfer, outstanding loans to members fell by €1.4 million reflecting a very subdued demand for loans during 2020, particularly in the early stages of the Covid–19 pandemic.

Balances held in cash, accounts with Central Bank, bank deposits and other investments increased by €79 million with €36 million of this increase arising from the transfer of the former Longford CU investments and the remaining €43 million reflecting the increased levels of savings in the Credit Union during the year.

Total reserves increased by €7.4 million to €51.3 million, €6.6 million of which resulted from the Longford Credit Union transfer of engagements.

However, this year due to the current Covid-19 restrictions and public health guidelines, they are presently unable to host a physical, in person AGM.

In order to keep members informed and updated on the financial results and position of the Credit Union the Board of Directors decided to prepare and make available a Members’ Update Report which includes the audited Financial Statements for the financial year ended September 30, 2020.

In his statement to members Chairperson, Mr Paul Isdell, provided an update on the financial position of the Credit Union and set out the position as regards the holding of the AGM which is now expected to take place in the New Year following proposed amendments to Credit Union legislation to make provision for the holding of certain credit union member meetings by remote means.

Mr Isdell explained, “Credit Unions are regulated entities and many aspects of their operations, including the holding of general meetings of members, are governed by the Credit Union Act 1997 -2018.”

He continued by saying “the legislation makes no allowance for the holding of member meetings other than by traditional, in person means, which leaves us in this uncertain position. The authorities are working to rectify this and provide a solution for Credit Unions, which may allow virtual meetings if required or necessary.”

Mr Isdell outlined that this will require a change in legislation and the Government has indicated that this is considered a priority for enactment before the end of 2020, but that this cannot be guaranteed.

Mr Isdell said that, in the interest of keeping members informed, the Directors of Mullingar Credit Union took a decision to publish a report, which is available to members in all five offices and on their website, giving an update on the financial position of the Credit Union and an explanation regarding the holding of the AGM.

He said the full Annual Report including notice of the AGM will be published in the normal manner as soon as legislation allows.
Mr Isdell reassured members that Mullingar Credit Union remains in a strong financial position despite the challenges and disruption to normal activity brought about by Covid -19.

The Credit Union is reporting a surplus of €1.5 million for the financial year which is considered very satisfactory in the prevailing conditions.

He commented, “similar to many other businesses, we are experiencing challenges in our operations. In particular we are seeing a significant build up in savings, a subdued demand for lending and a very low return investment environment.”

He stated that in light of the uncertainty created by Covid-19, the Central Bank of Ireland has advised Credit Unions in the Republic of Ireland that they should not pay a dividend or interest rebate to members this year. Mullingar Credit Union will be adhering to this advice.

Mr Isdell concluded, “In the early stages of the pandemic the Government listed Credit Unions as an essential service and requested that as far as possible they continue to provide services to their members. I am pleased to say that all of the Mullingar Credit Union offices have remained open and available to our members throughout and I would like to thank our Members, Staff, Directors, Board Oversight and other Committees for the manner in which they have worked together during this period.”

A few points to note from the Directors report: