New Longford biosphere plan could be ‘next Center Parcs’ 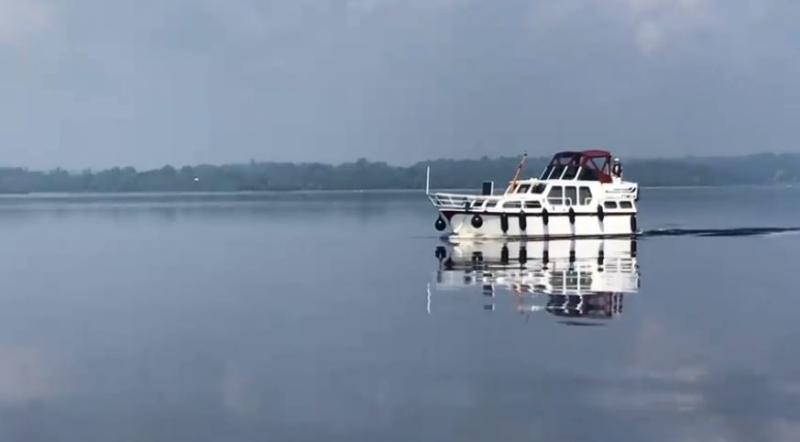 The proposed development of a biosphere reserve on the shores of Lough Ree could become the midlands’ next big tourism attraction, a meeting was told last week.

Longford County Council Senior Planner Donall Mac An Bheatha said plans to introduce such a facility was significant in terms of the potential economic spin offs it could bring.

Mr Mac An Bheatha said there was much to admire about mooted creation of a biosphere reserve in the south of the county ahead of the anticipated cessation of turf production and the closure of the ESB’s peat fuelled power plant on Friday.

The Longford county council official said the proposals, aided by over €100m in State backed funding in recent weeks to incorporate a major peatlands restoration and biodiversity plan in the midlands, was transformational.

“Now, we have landed with the Just Transition Fund and the €120-€130m for the bogs. We are saying it possibly is going to be bigger than Center Parcs Longford Forest and when it is going Center Parcs will play its part.”

That came after much amusement was cast in the direction of Fine Gael Cllr Paraic Brady who was jokingly told he wouldn’t be able to “shoot any more ducks” should the plan come to pass.

That came after Cllr Brady admitted to be a “frequent visitor” to the area, adding it was vital the proposed plans were communicated fully to the wider farming community.

Mr Mac An Bheatha concurred, insisting however that Cllr Brady’s own hunting pastime practices would invariably have to take a back seat once the project comes to fruition.

“You won’t be allowed to shoot any more ducks,” joked Mr Mac An Bheatha as a number of elected members exchanged grins across the floor.

The Longford County Council official has since moved to play down any fears over a curtailment to shooting activities in the area by insisting “no new restraints in any way” will be rolled out to prevent gun club enthusiasts in their activities.

That didn’t stop Cathaoirleach of Longford County Council Cllr Paul Ross comically adding further amusement to the debate when referencing Cllr Brady’s earlier confrontation this year with a group of youths in Drumlish during the country’s first Covid-19 lockdown.

That culminated in the Granard Municipal District local politician squaring up to a gang of teenagers with a shillelagh after following an overnight house party in the town.

A video of the alleged incident went viral with the local farmer at the time admitting the footage had “travelled faster than yon virus”.

In alluding to that episode back in March and the earlier references to blanket bans being imposed on shooting in the area, Cllr Ross remarked of his party colleague:

“Once he hasn’t the stick with him, the ducks will be okay.”

*Readers should note that there is no intention to restrict current hunting practices in the region.