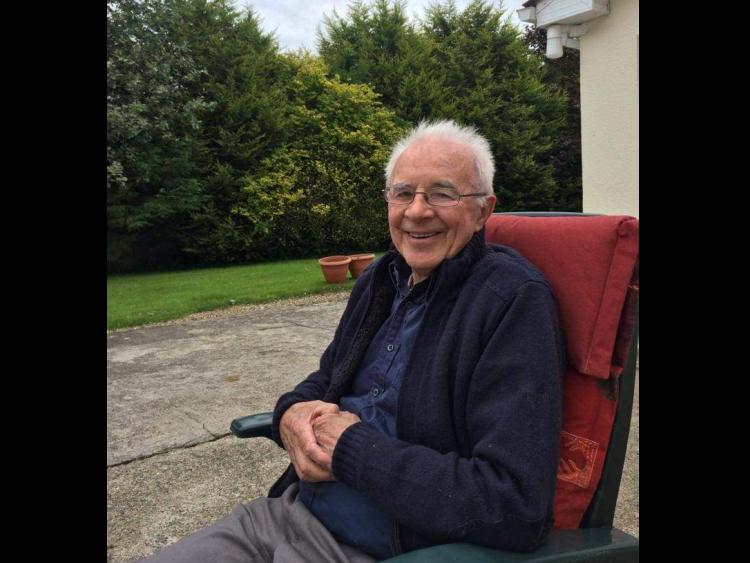 Described as a man admired by thousands for his teaching and production skills, there have been many tributes paid to the late Brendan O’Byrne, Aughafin, Edgeworthstown, following his death on Tuesday at the Regional Hospital Mullingar.

First and foremost, Brendan was a gentleman of the highest order and a dedicated family man. Brendan married his wife Bridie (nee Blessington) in 1972, five years after she had located to Edgeworthstown as a public health nurse.

In 2015, there was a reunion to celebrate the Golden Jubilee of St Patrick’s NS, Killeen, and as former school principal, Brendan made a presentation to current principal Caroline McDermott. His own retirement function at the Park House Hotel in Edgeworthstown was a memorable occasion for all who were present.

Numerous pupils, parents and teaching colleagues possess treasured memories of their ‘village schoolmaster and drama friend’ who was a man of great integrity and had a passion for teaching all subjects, but particularly local history, maths and Gaeilge.

A highly committed educator, even after his retirement, Brendan, whenever he met parents, always enquired about how his former pupils were getting on in their lives and he also managed to remember the names of all who sat in his classroom down through the years, reflecting his dedication to his profession.

He educated generations of local children and paying their respects to the O’Byrne Family, a spokesperson for the Longford Retired Teachers' Association, said Brendan was ‘a valued member’ of their organisation and ‘will be fondly remembered by members’.

A very witty man, it was not in the least bit surprising that Brendan and theatre productions went hand-in-hand.

He was a skilful and astute producer, and was responsible for producing a host of sell out shows with his beloved Killeen Dramatic Society, with the staging of plays like  'Juno and the Paycock' and ‘The Maiden Aunt’, written by Jimmy Keary, going down an absolute treat with audiences.

Indeed, having first performed ‘The Maiden Aunt’ in March 2004, the reformed Killeen Dramatic Society staged the play once again a decade later to the acclaim of audiences in Granard Community Centre.

Sean Kilbride, who threaded the boards for many years with Killeen Dramatic Society, said all members of the Society were devastated when news of Brendan’s death broke and he extended sympathy to the O’Byrne family on their loss.

He remembered Brendan as a producer par excellence and said that his enthusiasm and attention to detail brought the best out of cast members. He fondly recollected Killeen Dramatic Society participating in the Coole Festival where Jim Bartley (Bela Doyle of Fair City) was among the judges and they came home with three awards one particular night and there was no one more prouder of that achievement than Brendan.

Sean also recalled a night from the early 80s when they were staging John B Keane’s ‘The Field’. “I don’t quite remember who was cast in the role of The Bishop but for some reason they were unable to perform and Brendan stepped in. I’ll never forget, Brendan stepping on stage. He blessed himself and everyone in the audience did likewise. He had them eating out of his hands and possessed great stage presence.”

Brendan also enjoyed the outdoors and loved nothing more than some clay pigeon shooting or an afternoon of fishing. Indeed, he attended the inaugural official first meeting of Mostrim Gun Club in 1971 and over the years he served as Club President, Chairperson and Secretary.

On behalf of The National Association of Regional Game Councils, Chris Gavican extended sympathy to Brendan's family, and he lauded him as ‘a great friend of shooting and conservation for many, many years’.

Among the fundraising initiatives spearheaded by Mostrim Gun Club were a performance of ‘The Field’ by Killeen Dramatic Society and a pantomime by Mostrim Musical Society in Ardagh, productions that Brendan was centrally associated with.

Family man, teacher, play producer and a friend, Brendan O’Byrne left an indelible mark on Longford and on everyone who had the pleasure of knowing him. Ar dheis Dé go raibh a anam.

Brendan's funeral cortége will leave his residence at 12.45pm on Friday, December 11 to arrive at St Mary's Church, Edgeworthstown for funeral Mass at 1pm. Burial afterwards in Aughafin Cemetery. Family flowers only, donations, if desired, to Irish Heart Foundation.

Following government guidelines regarding public gatherings the Mass will be restricted to 25 people only. Those who would have liked to attend but due to current restrictions are unable to, may leave a personal message in the "condolence" section on RIP.ie. The family very much appreciates your support at this time.