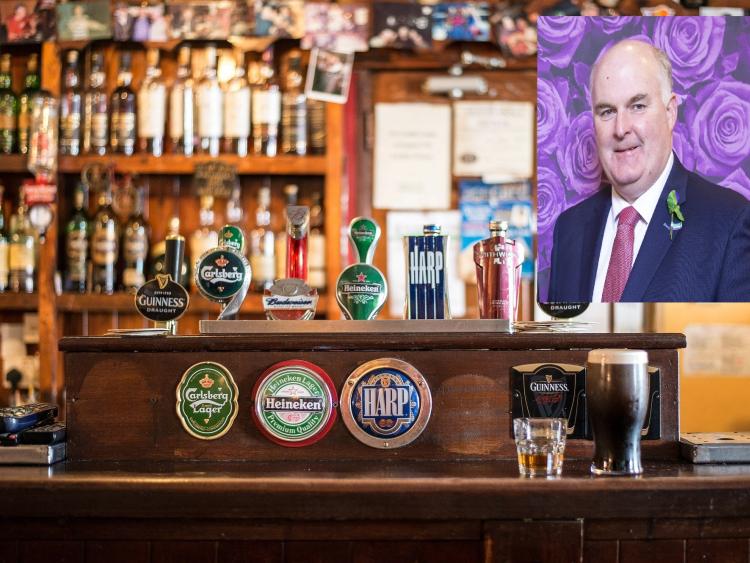 At the weekly Fianna Fail parliamentary party meeting, and hours after vintners accused the Government of using misleading data and information to keep wet pubs closed, Longford Westmeath TD Joe Flaherty set out a possible route for the reopening of traditional bars before Christmas.

Food bars and restaurants will open on Friday and based on an analysis of their first week’s trading to December 11, Deputy Flaherty suggested that there is an opportunity to assess this and decide if there has been a meaningful impact on Covid-19 numbers as a result.

Deputy Flaherty argued, “I reluctantly agreed with the logic behind keeping the traditional wet pubs closed but the fact that food pubs will open is divisive and has driven a wedge through the pub sector in many small provincial towns. Yes the closed bars will get a double CRSS payment for three weeks but that won’t repair the psychological  damage or the mental anguish that the enforced closure is causing publicans.”

Addressing the Taoiseach, Deputy Flaherty sought an assurance that the national public health emergency team would review the numbers and statistics emanating from a full week of the food bars and restaurant and if these figures are manageable, he suggested: “Could we have a commitment that based on those findings, that NPHET will consider the reopening of traditional bars with strict opening / closing times and reduced capacity numbers from December 18?”

He added: “The reality is that January is a natural lockdown for the bar trade with many people opting not to drink that month so policing the rural bars of North Longford won’t be an issue in the depths of January. It’s a natural and annually recurring lockdown. We simply cannot punish a sector for nine months and effectively leave them with no roadmap or no certainty as to whether they will ever re-open.”

At the same meeting Deputy Flaherty also highlighted that a number of anomalies in the current restrictions need to be addressed.

He said: “There is an anomaly where gyms and sports organisations can have individual sports training but dance groups and theatre groups cannot gather for similar numbers of people. Also theatres cannot open but cinemas can.”

Deputy Flaherty also said that consideration has to be given to the restart of children’s competitive sports outdoors with no spectators.

Meanwhile, the vintners have characterised the Government data used to keep wet pubs closed as a “smear on the sector” which amounts to a “politically motivated hatchet job on wet pubs”.

In light of what they term the flawed nature of the information keeping wet pubs closed, the Licensed Vintners Association (LVA) and Vintners Federation of Ireland (VFI) have demanded that wet pubs be allowed to reopen at the same time as the rest of the hospitality sector on Friday, December 4.

“Their so called evidence is littered with deceptive uses of information and massive gaps in their analysis. It is a smear on the sector, a politically motivated hatchet job on wet pubs. How any serious decision maker could use this deeply inadequate report as a rationale for decimating half the industry tells us a lot about the levels of consideration shown by this Government towards the pubs of Ireland,” he said.