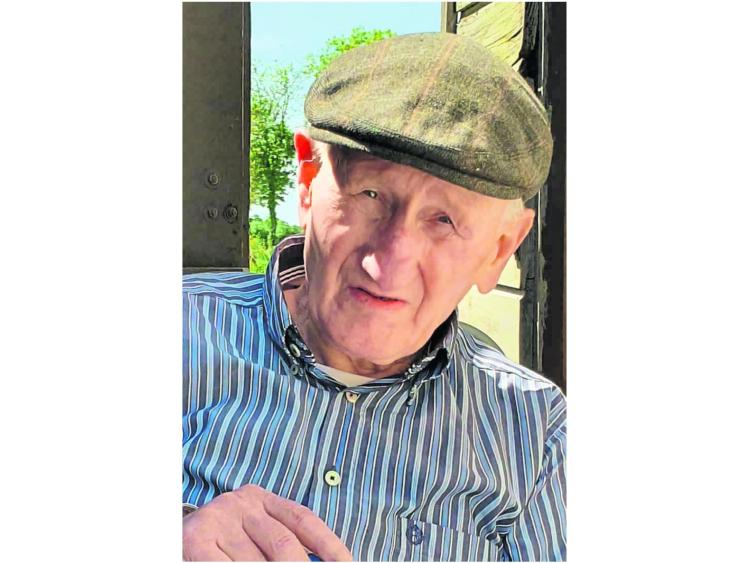 There was much sadness in Edgeworthstown and beyond following the death of Michael (Mickey) Smith, Bracklon, Meathas Troim on Friday last, November 27.

A father, mentor, mechanic, fireman, sportsman and gentleman, Mickey was a man of the utmost integrity and he died peacefully, at his home in the loving care of his family.

Paying tribute, Mostrim GAA, said it was with great sadness that they learned of the passing of their former player and current Club President Mickey Smith.

They posted on Facebook: “Mickey represented Mostrim with distinction during the 1960’s when the club captured the junior and intermediate championships in successive years and he later played in goals when the club won the Leader Cup in 1970.

“We extend our deepest sympathies to the entire Smith family. Our thoughts are with you all at this time.”

“Mickey was an accomplished member of the local Mostrim GAA Club, winning a Junior Championship in 1966, an Intermediate Championship in 1967 and in 1970 played on the Mostrim Senior Team which won the Leader Cup, defeating Ballymahon in the Final at Pearse Park. He was joined on that team by his brothers Seamus and John (both deceased) and Brian.

Mickey was an outstanding mechanic, working in his family’s motor garage and together with his three brothers provided a valuable service to the local community.

Another large part of Mickey’s life was his role within the local Fire Brigade, culminating in his promotion to Chief Fire Officer of the Edgeworthstown Division.

His dedication and commitment to his work in the emergency services and his willingness on countless occasions to risk his own safety in the service of others will always be remembered.

Mickey was also a great neighbour and friend. He was always, ready, willing, and able to offer help and assistance to anybody who might need it any time of the day or night, 365 days of the year.

He was held in the highest esteem by all who knew him and he will be deeply missed by his wife Maureen, children Catherine, Teresa, Bridget, Maggie, Angela, Michael, Kevin, Patrick and Colm, their partners, his brother Brian, sister Kitty, cherished grandchildren, extended family, friends and neighbours. Mickey is predeceased by his parents Michael and Catherine, brothers John and Seamus and sisters Molly and Nancy.