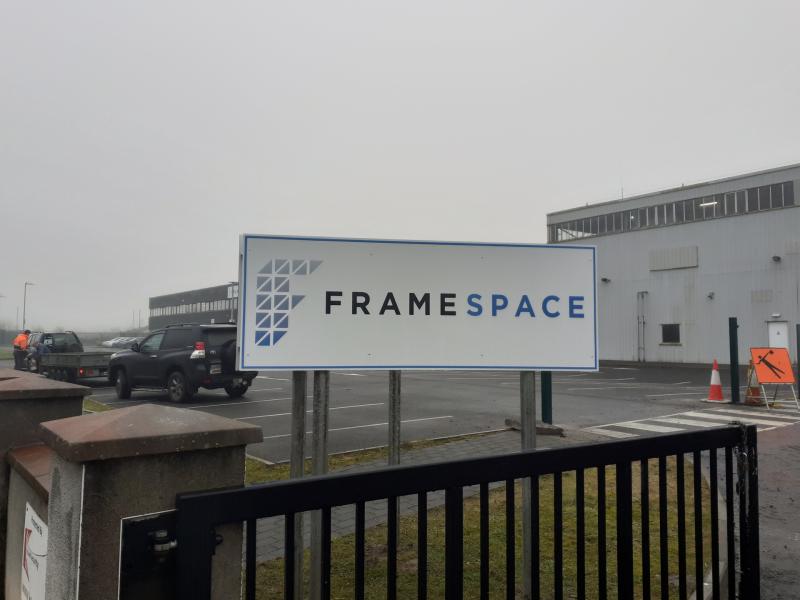 A leading construction firm is to create 100 new jobs in Longford, the Leader can exclusively reveal.

Framespace Solutions, a company involved in the establishment and manufacturing of metal housing systems, announced the plans this week as part of an overall €7.5m planned investment drive.

The deal, which is backed by Enterprise Ireland, has seen the firm take over a 110,000 sq ft facility at the county town’s former Cameron Willis site which closed in 2016.

Chief executive Declan Murtagh said an initial 30 new posts, some which involved staff transferring from its former Co Roscommon headquarters, would be in situ by the end of January with 100 full time positions coming on stream within 12 months.

“We have a wide variety of jobs from semi skilled or factory operatives to high end designers and 3D rev technicians and structural engineers to design our product,” he said.

The Mayo native added a full and extensive recruitment drive as well as PR campaign would likely get underway early in the new year as the firm looks to cement its foothold in Ireland’s social and affordable housing market.

He pointed to key labour force accessibilities, proximity to larger urban centres as well as the all-round scope of the Aughafad site as key factors in the company’s decision to choose Longford over other possible locations.

Mr Murtagh said, “We had committed to this from November and December last year, the money and investment was in place and there were people who wanted to get us up and running.”

Mr Murtagh also took time to single out the input of Trade Promotion Minister and Longford-Westmeath TD Robert Troy alongside that of Head of Local Enterprise Michael Nevin, both of whom are understood to have been instrumental in bringing the deal to fruition.

Mr Troy said the announcement constituted a telling “vote of confidence” in Longford and the wider midlands region.

“Having worked with the company for the past number of months I am delighted the various State agencies have responded positively and are supporting this investment.”

The Ballynacargy based TD said the addition of a well established firm like Framespace to the construction sector would bring with it countless spin-off benefits for the local economy.

Those sentiments were ones which were matched by Longford LEO Head of Enterprise, Mr Nevin.

“Framespace is a significant new company for Longford and is set to become one of the key employers in county Longford over the next few years,” he said.

“Framespace is a well-resourced company that will quickly become a trusted brand in the off-site construction of complete homes.

“This type of construction would appear to be the future for large scale housing developments, needed to satisfy the Government's ambitious targets for new homes.”

Mr Nevin said it was encouraging to end what has been a ‘very challenging year’ for the county in the face of an ongoing public health emergency to welcome such an investment and substantial jobs announcement to Longford.

“Confirmation of thirty jobs at the Framespace Solutions plant in Longford town is great news and the company plans to see this increase to 100 jobs in 2021 and 200 over the next five years,” he said.

“I want to welcome managing director, Eoin Madden, and his team to Longford and I hope it is the start of another great success story for Longford and the innovative entrepreneur,” he said.

In highlighting the part played by Mr Varadkar, Enterprise Ireland and Local Enterprise Office officials, Senator Carrigy said there was no denying the investment’s potential long term impact to the county’s economic recovery.

“This is a huge boost to the jobs market in Longford with the potential for over 200 jobs when fully operational providing future rapid build homes,” he said.