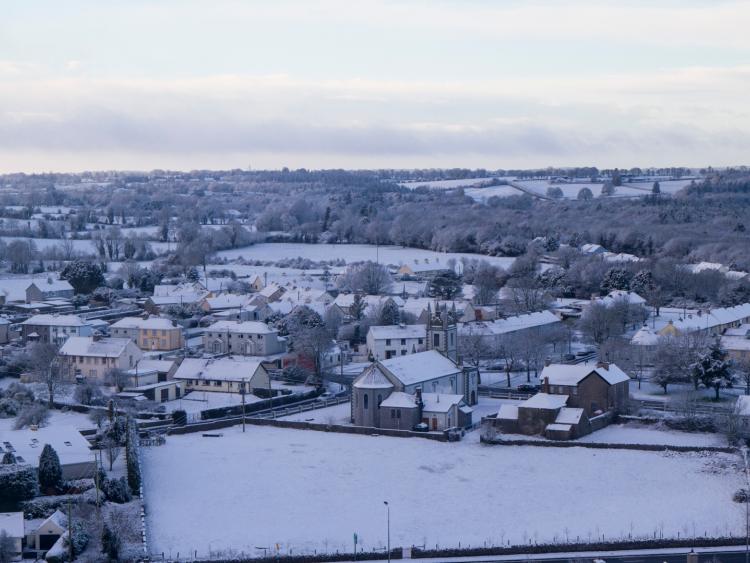 The forecaster expects the weather to turn much colder in the second half of the week ahead.

Met Éireann says the weather is expected to turn cold on Thursday and continue in the vein through Friday and the weekend when snow could feature.

"The beginning of the week will be mostly cloudy with some rain or drizzle at times and temperatures will be average for the time of year. Turning much colder and more unsettled from midweek.

"Through the end of the week and into the weekend in a biting fresh and blustery northerly wind that will feed in further showers, some turning wintery over higher ground," said Met Éireann in its forecast.

Carlow Weather's Alan O'Reilly expects something similar and explained why. He says charts show Atlantic ridge with Jet Stream dropping south and cold air plunging down from the north.  He expects a low system on Friday to bring some wintry showers but mainly on high ground. MORE FORECAST DETAILS FOR THE WEEK AHEAD BELOW TWEETS.

An interesting setup in the weather this week. Charts show Atlantic ridge with Jet Stream dropping South and cold air plunging down from North. Low system on Friday could see some wintry showers but mainly on high ground. Stay up to date with weather forecasts this week. pic.twitter.com/HQ3Xtd64Nn

Here is our 10 day Atlantic Chart, showing the pressure and precipitation forecast in 6 hour intervals.https://t.co/9Giuj4CR5mhttps://t.co/9gKN6SVok4 pic.twitter.com/1V9Fh7bX7Q

MONDAY
On Monday morning, rain and drizzle over the northern half of the country will move southwards making for a cloudy and damp day with outbreaks of rain or drizzle. However, much of southwest Munster will stay mainly dry. Highest temperatures of 10 or 11 degrees, with moderate to fresh westerly winds, strong on northern coasts.
Cloudy with outbreaks of light rain or drizzle at times, however remaining mostly dry in the southwest. Lowest temperatures of 6 to 9 degrees in light westerly or variable breezes.

Tuesday: A cloudy and damp start to Tuesday, with further rain and drizzle mainly in the east, however it will become drier as the day goes on with a few breaks in the cloud leading to some hazy sunshine. Highest temperatures of 10 to 12 degrees in light westerly breezes. Turning mostly cloudy again on Tuesday night with a band of patchy light rain developing and turning persistent for a time in the northwest. A little cooler than Monday night with minimum temperatures of 4 to 7 degrees, in light to moderate westerly winds.

Thursday: There is some uncertainty in the forecast for Thursday. Current indications are for a cold day with widespread showers. A period of more prolonged rain, or sleet mainly over higher ground, will extend over Munster and south Leinster through the course of the day. Feeling chilly with highest temperatures of just 2 to 5 degrees early dropping to 1 to 3 degrees by afternoon with the risk of a frost developing early in light to moderate southwest winds veering gradually northerly by evening. Thursday night is looking very cold and frosty under largely clear skies, with just a few showers in coastal areas of the west and north, turning wintery at times over higher ground. Lowest temperatures generally of -2 to +2 degrees or possibly colder locally in Ulster.

Further outlook
Remaining cold through the end of the week and into the weekend in a biting fresh and blustery northerly wind that will feed in further showers, some turning wintery over higher ground.