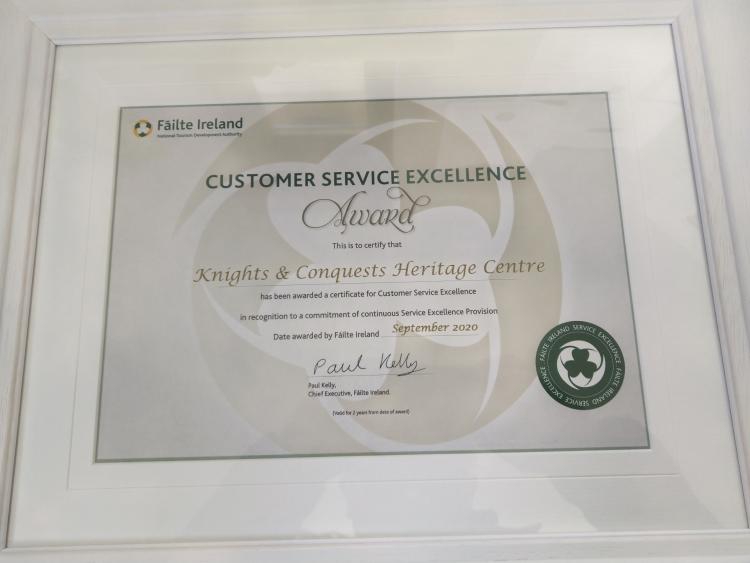 Granard’s Knights and Conquests Heritage Centre has added another accolade to its rapidly developing reputation courtesy of a top Failte Ireland award.

The centre, which provides visitors with a unique insight into the Norman conquest of Ireland, received the body’s customer service excellence award in recent days.

The honour came as a result of the centre achieving over 50 five star reviews through online travel platform, TripAdvisor.

“The award is a significant recognition in very difficult times for tourism of our work at Granard where we give a highly interactive tour for customers,” said the centre’s manager Bartle D’Arcy.

He said the award was one which, while complimenting the ongoing development of the town’s Granard Motte project, was testimony to the level of detail visitors to the centre are continually met with.

“Our customers get to dress up and do role play and we move from the Anglo Irish sword to the War of Independence rifle,” he said.

“Customers on TripAdvisor have consistently mentioned the interaction, the knowledge and the welcoming nature of the staff which are myself and Déirdre Orme.”