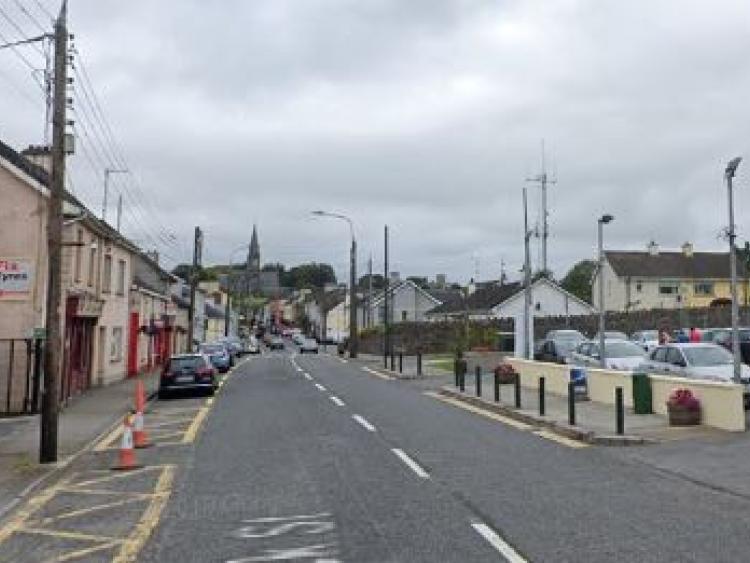 Barrack Street in Granard, the scene of last Sunday's incident

Detectives have been given additional time to question four women this afternoon in connection to a violent disorder incident on the streets of Granard last weekend, the Leader can reveal.

The four suspects, three of whom are in their 20s with a fourth female who is in her forties were arrested shortly after 9am this morning by officers investigating a suspected car ramming incident in the north Longford town last Sunday.

The Leader exclusively broke details of the incident hours later and told of how the incident, which saw a number of individuals jump out of a car brandishing weapons, was connected to an internal and ongoing feud.

This morning, detectives from Granard carried out a series of searches in the area and nearby Edgeworthstown before arresting and detaining all four women under Section 4 of the Criminal Justice Act.

They were taken to Longford and Granard Garda Stations respectively, where they have been questioned throughout the day over the incident.

The Leader can reveal an extension was given to investigating officers shortly after 3pm.

A final decision on whether any charges are to be brought is expected to be made later this evening.