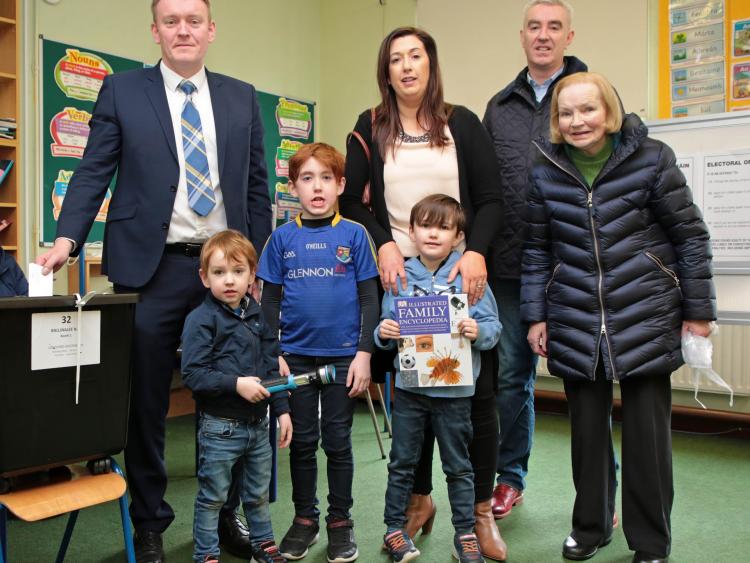 Tributes are being paid today to the "pure lady" that was Eilish Carrigy, mother of Longford Senator Micheal Carrigy following her untimely passing yesterday.

The much loved and deeply respected mother of three passed away at St Joseph's Care Centre, Longford after a short illness.

A devoted mother and wife to the late Andy, Eilish was the enduring and familiar face that greeted customers year after year behind the counter of Ballinalee Post Office.

It was a mantle she took on with gusto and a role which saw her become one of the most esteemed and admired figures in the bustling north Longford village.

"She worked in the post office all her life," said local Cllr Colin Dalton, as he reflected on the late Mrs Carrigy's legacy.

"She worked there when the post office used to be in the home house across the street and before it moved to the shop.

"She was a pure lady and a people person."

Cllr Dalton, who succeeded Mrs Carrigy's son Micheal following his elevation to the ranks of the Seanad earlier this year, said the part played by the long serving postmistress in aiding her son's political career was clear for all to see.

"She was a massive support to Micheal and all the family. What can I say, she was a lady through and through," he added.

Longford County Council Cathaoirleach Cllr Paul Ross backed those remarks up as he extended his sympathy to his former local authority colleague and the extended Carrigy family.

"As a former member of Longford County Council and mayor of Co Longford and on behalf of the Fine Gael party, it was with great sadness when we learned yesterday of her passing," said Cllr Ross.

"I would like to take this opportunity to pass on my condolences to Micheal, his siblings and the Carrigy family at this time."

In keeping with current government guidelines, house is private, please. A private funeral Mass for Eilish will take place on Thursday, November 19 at 12pm in the Holy Trinity Church, Ballinalee, with burial afterwards in St Emer's Cemetery, Ballinalee.

Those who cannot do so can leave a message in the "condolence" section on RIP.ie. Family flowers only, please. Eilish's Mass will be streamed live on parishofclonbroney Facebook page.