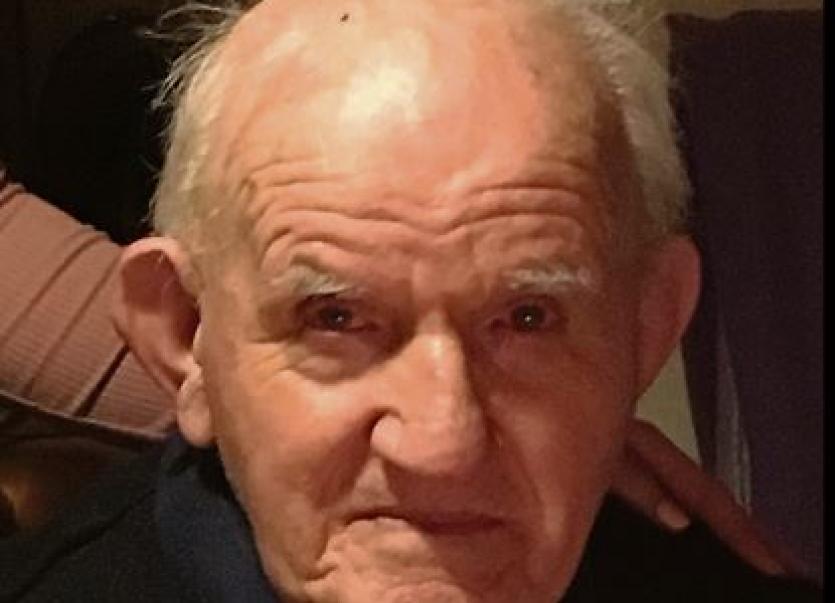 Described as one of life’s true gentlemen, who contributed so much in helping and supporting his fellow farmers for decades, the recent death of Jimmy McLoughlin, Clooneena, Longford, certainly marked the end of an era.

A stalwart of Longford Irish Farmers Association (IFA) and a committee member of County Longford Show all his life, Jimmy, aged in his 90s, passed to his eternal reward, peacefully in the loving care of the nurses and staff of Innis Ree Nursing Home, Ballyleague, on Friday, November 6.

Jimmy’s late wife, Margaret, also served as Longford Show secretary and poignantly, his death occurred a little more than a week after his long-time friend and neighbour in Clooneena, Sam Dennigan.

A great friend and loyal neighbour, Jimmy was known as a respected judge of sheep and indeed, he won many awards for his own sheep.

A decent man, he loved GAA, and he enjoyed nothing more than to debate and discuss the gaelic football action.

The IFA’s former Regional Development Officer in the Shannonside region, Adrian Leddy, paid tribute to Jimmy. “Longford IFA has lost one of our founder members and a great stalwart for the association. Jimmy was the Honorary Life President of Longford IFA at the time of his death.”

Over sixty years, Jimmy, in his capacity at various levels in IFA, travelled the country to meetings, rallies and protests to highlight the injustices suffered by farmers and their families.

Mr Leddy outlined, “Jimmy became synonymous with the organisation in the county and it was only a matter of time before he got fully involved with the Longford County Executive.

“Jimmy wasn’t a man for the limelight but in his own quiet and effective way, he did Trojan work in the background.

“Jimmy was involved in a lot of the planning that went into the farmers’ rights campaign and the big march to Dublin in 1966 and the blocking of the bridges in January 1967.”

The march for farmers’ rights saw over 30,000 farmers take to the streets of Dublin. Ten farmers walked from Longford. Led by NFA President, Richard Deasy of Tipperary, the march was followed by a 21 day siege on the steps of Government buildings and ended with the change of the Minister for Agriculture. The right to negotiate was finally won when the Taoiseach gave his personal commitment to fully recognise the NFA as the voice for all farmers.

The blockade of the bridges in ‘67 saw farmers take up positions on bridges in Lanesboro, Rooskey, Tarmonbarry and Athlone and nine farmers were jailed. Marches were later held in Longford town followed by a commodity strike.

In 1968, Jimmy was elected Longford IFA Chairman for a four year term and in 1974 he went on to represent the county on the IFA National Council.

In the years Jimmy was County Chair, farmers from all over Ireland were asked to contribute to two share capital drives. One was the setting up of the farmers insurance company, which is now FBD, and the other was IMP, Irish Meat Packers, a meat processing plant. Around that time, too, Jimmy got involved in share capital for the sheep factory that was set up in Athleague and it is still there today.

Jimmy represented Longford for a long number of years on the IFA National Sheep and Wool committee (that particular time they used to buy wool for farmers).

Mr Leddy said Jimmy had a long history of active involvement in IFA, working selflessly to advance the interests of farmers in Longford.

“His contributions were always practical and based on good sense, displaying a wisdom that served the association and farmers well down the years.”

Mr Leddy concluded, “To all his family, we extend our deepest sympathy and we thank them, on behalf of the farmers of Longford, for the sacrifices that they made to allow Jimmy to carry out his calling as a great visionary and leader.

“Jimmy was a true gentleman, a great friend and in his own quiet way, he was an inspiration to us all and let us all continue all his good work within the association for the betterment of farm families in Longford.”

Jimmy was predeceased by his beloved wife Margaret, his infant daughter Mary, his sister Sr Mel and by his parents John and Ellen.

He will be sadly missed and remembered with love by his family Ann, Imelda, Maireád, Helen, John, Jim and Peter, daughter-in-law Mary, grandchildren Maria, Olivia, Grace and Daniel, brothers-in-law, relatives, neighbours and friends. May he rest in peace.

Guards of honour were formed by Longford IFA and Longford Show Committee as Jimmy’s funeral cortege arrived at St Mel’s Cathedral for Mass of The Resurrection on Monday, November 9 and he was laid to rest afterwards in Ballymacormack Cemetery.