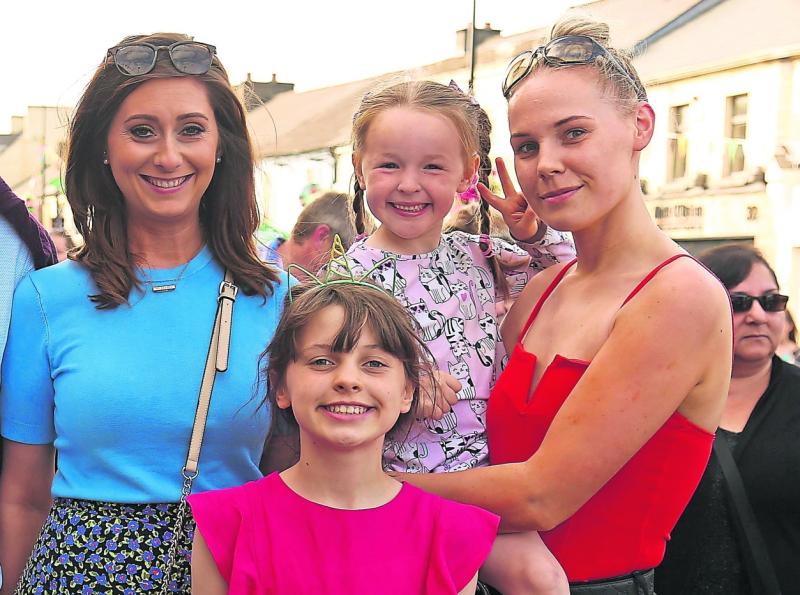 Beating cancer once is no easy task. Surviving it twice is even more difficult, but when it comes back a third time and you can still remain positive, you know you’re a fighter.

Ennybegs mother of two, Lynsey Bennett is just that, if her positive attitude towards a third cancer diagnosis is anything to go by.

The local mother was first diagnosed with cervical cancer in January 2017 and underwent both radiation and chemotherapy, as well as having a hysterectomy and a number of other surgeries.

After being given the all clear, there was just a 12% chance of the cancer coming back and, at the end of 2017, Lynsey was beginning to feel ill again. A biopsy confirmed a second diagnosis in March 2018. More treatment and surgery resulted in Lynsey once again receiving the all-clear.

This year, however, Lynsey received the devastating news that her cancer has not only returned, but that there is less of a chance of curing her due to the fact that the cancer is now in her lymph nodes and behind her stomach, along with a small tumour on her pelvis.

Doctors can’t operate or offer radiation therapy like before. Chemotherapy is the only option that was offered to Lynsey but she is hoping to find other ways of treating her cancer this time, as chemotherapy will make her ill and she wants to stay healthy for her children.

“She’s remained so positive up to now and the hope she still has is amazing,” said Lynsey’s friend, Louise Bell, who, along with Sinead Leavy and Petrice Sweeney, set out to fundraise for Lynsey.

A GoFundMe campaign, ‘Curing LynseyBee’ has raised over €30,000 of a €40,000 target so far at the time of going to print and Lynsey’s friends are hoping to smash the remainder of that target in the next couple of weeks.

“We are looking into cell therapy, which is €20,000 to €40,000, depending on an individual basis,” the GoFundMe description reads.

“We are researching other life-saving treatments in Ireland or abroad that may save or prolong her life and let her live a happy long life with her two girls.

“There’s been a good bit of reaction to it so far and a lot of large donations as well,” said Louise Bell, who grew up with Lynsey.

“People have put it up on tiktok and that put it up by three or four thousand euro. We’re unsure yet as to what treatment the funds will be used for. We’re in the process of looking at different therapies and getting tests done to see if she would be suitable.

“But Lynsey is extremely positive about it. She’s looking down every alley she can between healers and medical treatments.

“She’s avoiding chemo for now because she would be very ill and she has her two girls to think about. But she’s feeling quite well at the moment - just a bit tired.”

One of the treatments Lynsey is currently looking at is in Spain and will cost approximately €30,000 but the local mother will have to go through tests to see if she is eligible for the treatment.

Since the GoFundMe campaign was set up on November 7, more than €30,000 has been raised by almost 1,000 people and the campaign has been shared online more than 2,000 times.

Lynsey and her friends are extremely grateful to all who have donated and are hoping to reach their target of €40,000 soon.
To donate, see ie.gofundme.com/f/curing-lynseybee.