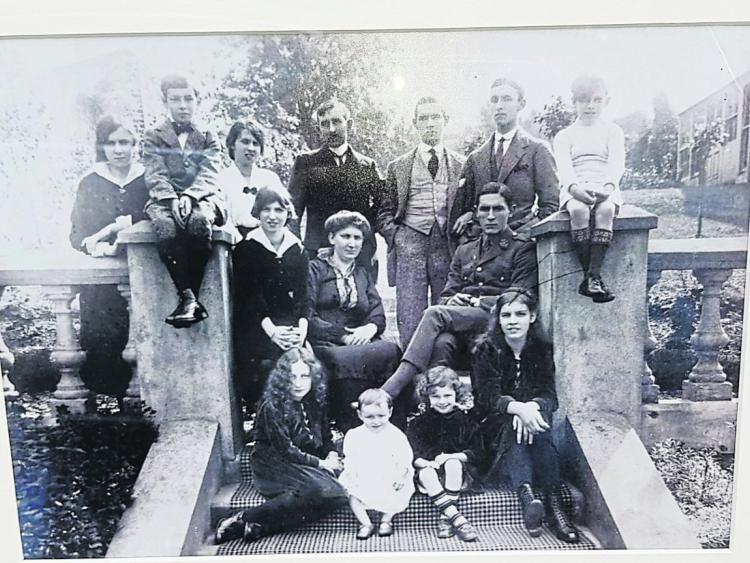 During my years as a young Garda in Granard from 1954 to 1958 – I had my meals in a restaurant operated by two sisters May and Anne Macken. I had many conversations with their father Bernard about the history of Granard in particular the shooting dead of Inspector Kelleher in 1920.

Philip Kelleher was one of 12 children born to his parent’s Dr Jeremiah Kelleher and his wife around 1895 in Macroom, Co Cork. His father was the GP for the entire West Cork area and also the County Coroner between 1916 and 1922.

Dr Kelleher took good care of all the citizens of West Cork and that included the Republican movement. Whenever called upon by the republicans to treat them for their injuries and ailments, he did so free of payment. Most importantly he never revealed the whereabouts of republicans to the authorities. He established a good relationship with all his community.

Dr Kelleher’s son Philip joined the British Army in London at 20 years of age and quickly rose through the ranks to become Captain. In August 1920 Philip was on a few days holidays at his home in Macroom, at that time the Inspector of the RIC in Granard retired suddenly from the force and Dr Kelleher was offered the job for his son Philip to become the Inspector in Granard.

In September 1920 Philip Kelleher was appointed District Inspector of the RIC in Granard. He was accommodated with a room and all his meals in The Greville Arms Hotel. On the fateful night of his murder he was having a drink in a snug called the Hole in the Wall with a few friends when a lone gunman shot him dead.

I became involved in the history of the RIC in 2010 when I organised the first mass for the 14 RIC men who were killed in County Longford during the War of Independence.

The Historical and Reconciliatory Police Society (HARP) for which I am founding President was established to have a memorial erected to honour the 640 members of the RIC and DMP who were killed in service from 1836 – 1922 to coincide with the foundation of An Garda Siochana.

The current Garda Commissioner Drew Harris and the HARP society have agreed on a perfect site in Garda Headquarters for this monument.

Pictured above: Dr Jeremiah Kelleher, Macroom, Co Cork pictured with his wife and twelve children in 1916. He was GP for Macroom and also County Coroner for the West Cork area. He presided at the inquest into the deaths of the Auxiliaries killed in Kilmichael, Co Cork in November 1920. His son Philip (in British Army uniform) joined the Royal Irish Constabulary in 1920. On 31 October 1920 he was District Inspector stationed in Granard, Co Longford. On that night while having a drink in the snug called the Hole in the Wall in the Greville Arms Hotel he was shot and killed. The hotel was owned by the Kiernan family, whose daughter Kitty was the girlfriend of Michael Collins