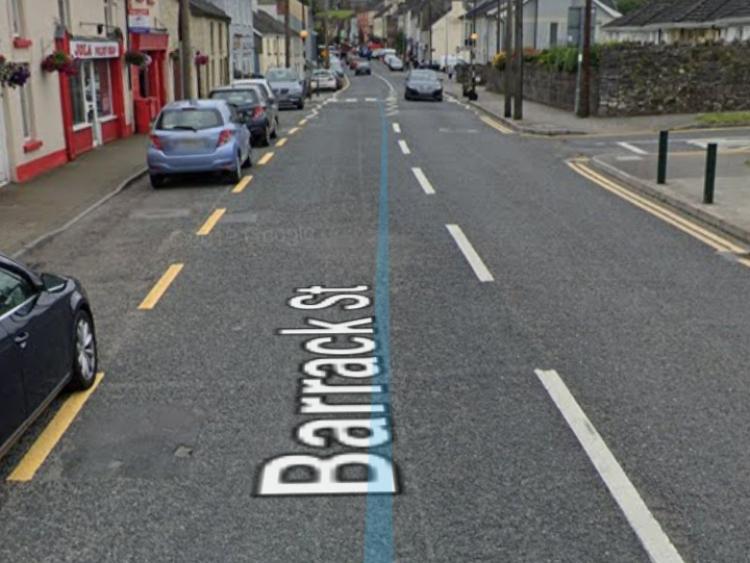 The scene of this afternoon's incident

Detectives in Granard have launched an investigation into a suspected car ramming incident in the north Longford town earlier today.

It's understood two cars collided just outside the entrance to SuperValu at around 2:30pm today before taking off at high speed.

The Leader has seen video footage of the incident and of a number of men appearing to jump out of one of the vehicles as the row unfolded in front of onlooking shoppers.

The stand off saw both the side and back windos of a black Ford Mondeo car being smashed in as a result with a silver saloon car also receiving significant damage to its rear as the chase ensued through the town.

Gardai have confirmed that an investigation in underway into what has been described as a 'public order' incident.

No injuries were reported as a result, it has also been confirmed.

Gardai are, tonight, trying to piece together the circumstances which led up to today's incident with one line of enquiry focused on the possibility the episode may be linked to an ongoing feud.