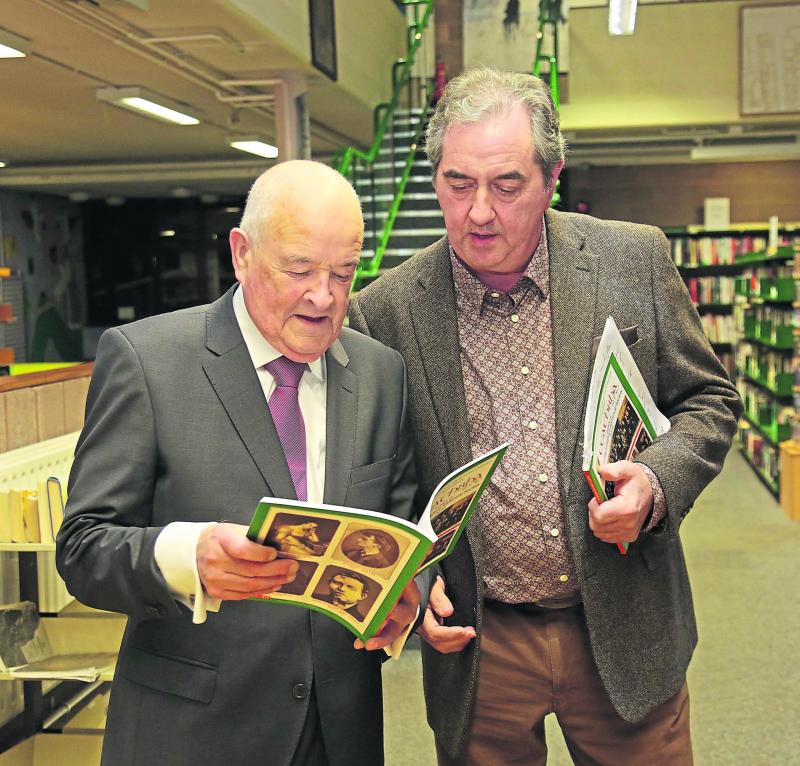 Against all expectations, in this year of stress and social upheaval, we would not expect to hear of the forthcoming appearance of another edition of Teathbha, journal of County Longford Historical Society.

But it is true. Its editor, James MacNerney has told us that, while there will be no formal launch as in the past, the journal will be printed and will be available in the usual outlets around the county.

Many of its usual contributors are represented again this year and there are some newcomers whose work will be received with much interest.

A grandson of Sonny Sexton has written about the Battle of Ballinalee in which his grandfather was involved.

Bernard Sexton has researched this subject and that of the formation of the Volunteers, especially the local organisation in different parishes in North Longford. Brian Mulligan, born inThe Post in Aughnacliffe, has written an interesting article about Pollaness waterfall, which has been developed recently and is attracting many visitors to Colmcille parish.

Martin Morris describes the events leading to the burning of Granard and includes some of the horrific details and some relevant photos.

Granard also features in the story of the Moxham family and Sr Maeve Brady has the story of Fr Peter Monaghan whom she describes as Granard’s ambassador in 1916.

Aidan O’Hara gives us a portrait of his father, a Longford Volunteer.

Greg’s Pipes is the subject of Fr John Quinn’s learned article and Aidan O’Hara’s second contribution is the story of Patrick Tiernan. Another of his subjects is the eviction of the O’Hara family, Drumlish.

The Scythe
Willie Carthy is back again, this time writing on the subject of the scythe, with a photo of himself as a young man wielding that useful farming implement.

Dr Vincent Delany, Longford’s famous doctor, is the subject Roger Timlin has chosen and another is a short piece on the Turlough Races.

Dromard is not forgotten in this edition either.

Sr Rose Moran has composed a beautiful poem, There Beside the Singing River, and a rather sad poem by Padraic Colum Interior, which is unfamiliar to us, also features.

Kitty Hughes has done a wonderful study of Mme Francoise Edgeworth’s political contribution to Local Government in Longford.
Some Useful Terms for the Historian contains information on terms that we may have heard but which are in need of explanation, this by the editor who also provides information on Society Activities, deceased members and new members.

A song for our Covid-19 times
He also writes of A Song for our Covid-19 Times, choosing the haunting Hard Times, Come Again No More by Stephen Foster.
Anyone studying this broad spread of subjects must surely want to get his or her hands on Teathbha Vol V, No 3, especially for the long winter nights of lock down and, with Christmas approaching, as a most suitable and appreciated gift.