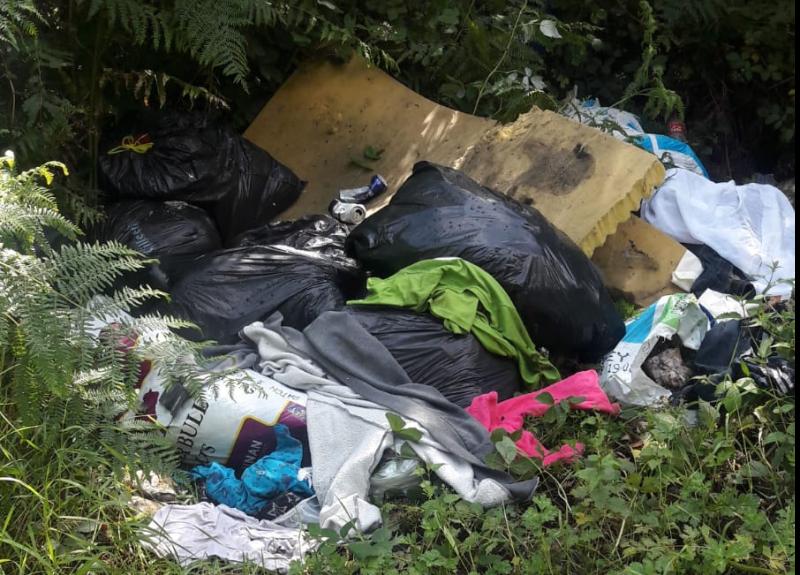 More than €300,000 of taxpayers' money has been spent on dealing with illegal dumping across the county during the first six months of this year, the Leader has learned.

Approximately €330,000 was allocated between January and June in clean up costs and other financial expenses in enforcing the State’s Litter Waste Management Act.

The figures are contained this week in a series of documents released to the Leader through the Freedom of Information Act.

They also detail the ongoing difficulties council staff are having in recouping financial penalties that have been handed down via convictions in the local district court.

Local Independent Cllr Gerry Warnock described the council’s seven figure outlay on litter enforcement as a “damning indictment” of a system which is in need of major overhaul.

“It shows just how bad the litter problem has become in the county,” he stormed.

“This money could be better used in many other areas to the benefit of our wider community.”

Cllr Warnock hit out at the growing problem of illegal fly-tipping and said those responsible were effectively holding the vast majority of Longford’s civic minded populous to ransom.

In order to deal with the problem, the Longford town native called for fines issues in court to be automatically deducted from a convicted individual’s social welfare or private income earnings.

Cllr Warnock said a “more radical and forceful” approach by also providing tenants with bins and collecting monies owed to it through housing rental streams offered a potential solution to the issue.

“I do believe that local authorities should provide their tenants with bins and recoup the cost over the year by adding it to the rent,” he said.

“I have also suggested in the past that, if necessary, we should enact bye-laws that requires private landlords to do likewise.

“But we also need our government to be more draconian in how we deal with offenders when they come before the courts.”

“Currently the judge will issue a fine that’s never paid which is no deterrent.

“Anything less than an iron fist approach and we’re on a hiding to nothing.”

Fianna Fáil’s Seamus Butler agreed with Cllr Warnock’s calls for monetary sanctions to be affixed to a person’s weekly wage or monthly salary, describing the current fining system as “ludicrous”.

He said: “This is a national problem and until they (government) introduce legislation to allow garnishee orders on social welfare income, it will remain a problem.”