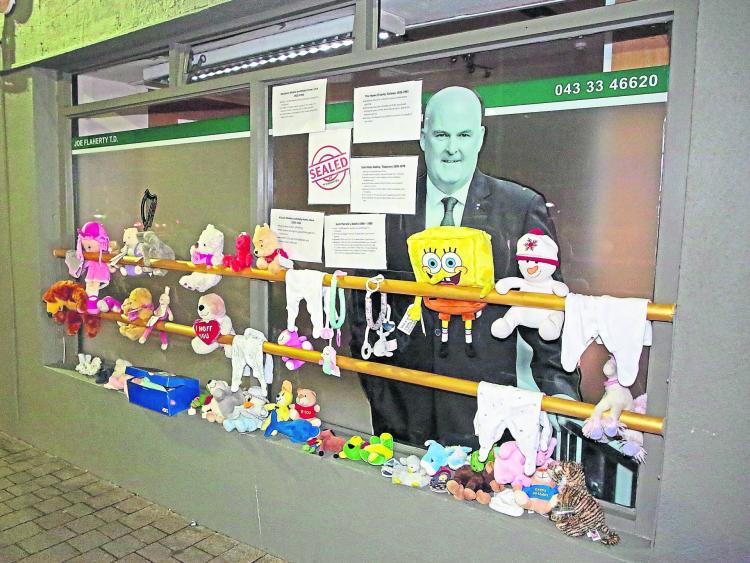 Outrage at the controversial Mother and Baby Homes Bill is as a result of misinformation, according to local representatives, Joe Flaherty, TD, and Senator Micheál Carrigy, both of whom voted in favour of the legislation and both of whom stand over their decisions to do so.

The Bill, which passed through the Dáil and the Seanad and was signed into law by President Michael D Higgins over the weekend, will allow the transfer of a database of 60,000 records compiled by the Commission of Investigation to Tusla, the Child and Family Agency.

There has been widespread anger at the decision, with many survivors of the opinion that the records should not go to an agency which they feel has let them down so badly in the past.

Others are furious at the prospect of the information compiled by the Commission going into the National Archives where, as the law currently stands, it will be made unavailable for thirty years.

Many are feeling disappointed and let down by their local politicians who are in favour of the legislation and who are stressing that the new legislation allows the records to still be available through Tusla and has nothing to do with the sealing of information.

“What the Bill set out to do, and what the Bill will ensure is that a valuable database, which traces the entry and exit of mothers and their children from these institutions, is not lost.

“That database, which I understand contains over 60,000 documents, will not be accessible through Tusla. I accept that many have concerns with Tusla handling the records, but they are a State agency, charged with tracking and tracing adoptees and the legislation is very clear that the database will be bound by GDPR and that Tusla will have to deal with any request for access as a GDPR request.”

The move to transfer the database was requested by the Commission itself, who feared that the information would be lost had it not been transferred prior to the winding up of the Commission at the end of this month.

“The database, taken in context with the final report, is a hugely important piece of material and it was critical that it was transferred in order to safeguard access,” said Deputy Flaherty.

“Where the issue lies, however, is that the Attorney General’s office had advised that an amendment to Section 39 of the 2004 Commissions of Investigation Act - put in place following the introduction of GDPR regulations in 2018 - effectively prevents survivors from accessing their personal stories. But that had nothing to do with the Bill passed last week.

“The Minister (for Children, Roderic O’Gorman) and the government are committed to addressing this and the Minister has committed to working with the Attorney General to explore alternative interpretations of the amendment to the 2004 Act.

“I am also pleased that the Minister has committed to using the all-party Oireachtas Committee on Children, of which I am a member, to bring in the experts to explore alternative interpretations of the legislation, as well as representatives from the survivors,” Deputy Flaherty continued.

“Last week’s Bill did not seal records for 30 years. That issue emanates from the original 2004 Act and the government are committed to addressing it.

“What the debate and anger over recent days has emphasised is that we need to ensure that the information is stored and curated in a sensitive and accessible manner. Because the reality at the moment is that there is no legislation that grants access or tracing rights to survivors or victims.”

A statement to that effect, posted on the local TD’s Facebook page on Monday night, has done nothing to assuage the anger of his constituents.

The window of Deputy Flaherty’s office in Longford town was adorned with teddies, baby hats, booties and other items on Monday as people turned out in protest of the local TD’s decision to vote in favour of the controversial legislation.

“I have no issue with that and fully accept people’s right to protest,” Deputy Flaherty told the Leader when the anger of his constituents was put to him.

“Certainly, there has been an issue with the way in which the Bill was communicated and, unfortunately, many haven’t fully comprehended the intentions of the Bill or indeed the government’s commitment to ensure access and full accountability.

“Do I wish it was better communicated? Of course I do,” he concluded.

Meanwhile, Senator Micheál Carrigy has said that the issue lies with misinformation on social media and people not reading the legislation itself before forming an opinion.

“I think that the problem is 95% of people don’t understand it and haven’t read the legislation. There seems to be an organised political campaign in the media putting out incorrect information, scaremongering people and claiming that the bill will seal the records,” said Senator Carrigy.

“The reality is it’s about safeguarding the information collected by an independent commission set up to report on this important period of our history. There will be a report of 4,000 pages published, probably by the end of the week, detailing all the records, with no names attached, as testimonies were given in confidence.

“So this bill is safeguarding a database of information with regard to every mother and child.

“The decision was made to give this database to Tusla so that it would always be there. And any person, under GDPR is entitled to their own database, so it’s actually safeguarding that information. It’s the complete opposite of what is being put out there in the public domain.”

Senator Carrigy has expressed his disappointment at the way in which the information has been communicated to the public but stressed that the Bill does the opposite of what people think, safeguarding the information rather than sealing it, ensuring that it is available to those who need it, but not to the general public.

“It’s completely wrong what’s being put out there. It has been turned completely into something it’s not. There’s an abusive online campaign against many of us who voted in favour of this. But if all of that information was gone and we hadn’t voted to do something to safeguard it, there would be outrage then too,” he said.

“Personally I think it’s a disgrace. This period of history was a shame on our state. And now the wrong information is out there on social media and the written media and radio and television needs to put the facts out there.

“Social media seems to be able to write whatever it wants. But this is a pure lack of information. I would encourage people to read the legislation. This is actually trying to right a wrong.”