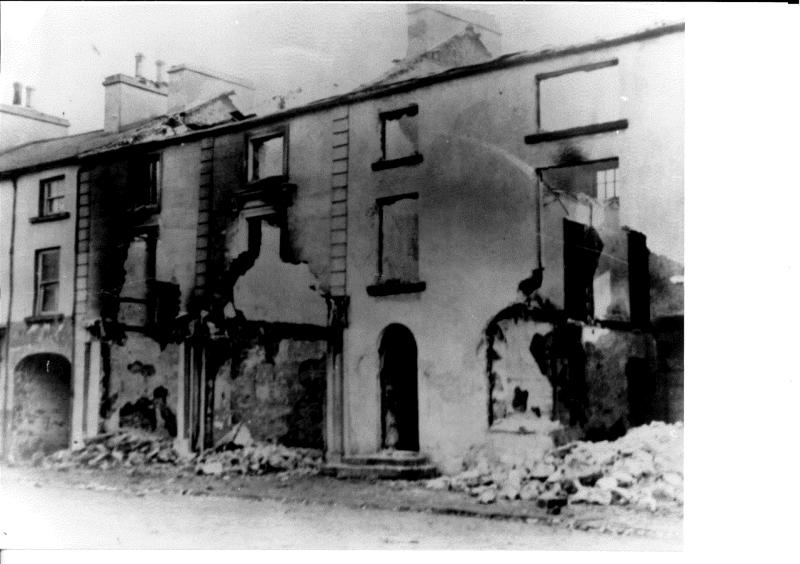 Longford County Library, Heritage and Archives Services will hold the second annual History Month throughout the month of November. This year, the programme will focus on the War of Independence in the county.

Events will be online and can be accessed on the Youtube channel of Longford County Library, Heritage and Archives and through the Decade of Centenaries Longford facebook page.

Speaking to the Leader, Martin Morris, Longford County Archivist said, “We have a very interesting programme planned which will concentrate on the events that happened in County Longford in November and December one hundred years ago.”

District Inspector Kelleher was shot in Granard on October 31, 1920, and the next day, Constable Cooney was shot near Ballinalee. Seán MacEoin formed the North Longford Flying Column in anticipation of the reprisals that were sure to follow.

On the night of November 3-4, much of Granard was burned. The attackers then went to Ballinalee, where they were fought off by a small IRA contingent. About five weeks later, Crown forces moved back into Ballinalee and after being attacked, they burned premises in and around the village.

On Tuesday, November 3 at 7 pm, Fr Tom Murray, Parish Priest of Clonbroney, one of our well-known local historians, will give a talk on the burning of Granard.

The following evening, Wednesday, November 4, at 7 pm, Bernard Sexton, an expert on the North Longford Flying Column and grandson of Seán Sexton (one of its members), will give a talk on the Battle of Ballinalee.

On Thursday, November 5 at 7 pm, Granard native Tom Pettit will read Canon James Butler’s lecture on the burning of Granard. Canon Butler, an eyewitness to the terrible events in the town, gave the lecture for the fiftieth anniversary in 1970. Tom Pettit’s family premises were among those destroyed in the attack.

The very talented Ballinalee Players have produced and performed a drama that was specially-commissioned for the centenary programme. Entitled ‘Ballinalee: Dawn of Victory’, it was recorded in Backstage Theatre and will be available on Friday, November 6 at 7pm.

On Saturday, November 14, beginning at 11 am, there will be a conference on ‘County Longford and the War of Independence’. The panel will consist of Dr Marie Coleman, Dr Mel Farrell, Dr Paul Hughes and Prof. Eunan O’Halpin, all distinguished historians of this period. There will be opportunities for questions throughout. The conference will be held on zoom, with login details available from decadeofcentenaries@longfordcoco.ie  or telephone 043-3341124 for further information.

The struggle for independence had other aspects as well as the military, and one of those was local politics. The programme will draw to a close on November 25 at 7pm, when Martin Morris will give a talk on the 1920 local elections in the county.

Throughout the month, local historians will be available to give talks online on the War of Independence to primary and post-primary school groups. For further information, please call 043-3341124 or email decadeofcentenaries@longfordcoco.ie

Finally, people in Longford are asked to bring out their family treasures from the Revolutionary period and highlight them during November.

If you have letters, photographs, medals or other items relating to the War of Independence, please send photographs with some information to decadeofcentenaries@longfordcoco.ie

The programme is available at www.longfordlibrary.ie