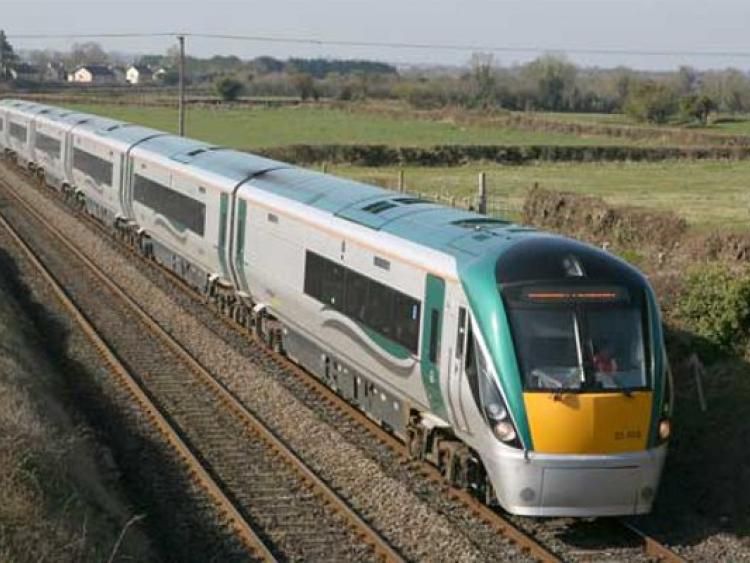 05.38 Longford to Pearse and 18.15 Connolly to Longford cancelled for three weeks

Longford to Kilcock rail commuters are facing disruption over the next three weeks due to resignalling works.

Iarnród Éireann is reminding customers of the temporary service alteration which will see the 05.38 Longford to Pearse and 18.15 Connolly to Longford cancelled for three weeks starting from Tuesday, October 27 to Friday, November 13 to facilitate works.

The €120 million project, funded by the National Transport Authority and the European Union Connecting Europe Facility, brings significant benefits to customers through the resignalling of the DART network from Howth/Malahide to Sandymount, including

Earlier phases of the project have already yielded benefit, notably by providing the capacity for the introduction of Newbridge/Hazelhatch to Grand Canal Dock services, via the Phoenix Park Tunnel.

However, the final phases - covering Killester to Connolly Station, and the wider Connolly Station area, including to Glasnevin Junction on the Maynooth line - are the most complex.

This will impact on services while the new computer-based interlocking systems are commissioned, replacing relay based signalling systems which have been in place since the construction of the DART in the early 1980s, and which now regulate over 150,000 train movements through the Connolly Station area annually.

Service alterations during the commissioning of the works will be as follows:

Weekend of Sat 31st October to Sun 1st November (works will not take place on this weekend):

Jim Meade, Chief Executive of Iarnród Éireann, said of the commissioning “Signalling on railways are the systems which ensure trains can move safely from section to section, and ensures trains are kept clear of each other - it’s at the heart of rail safety, providing a safe environment for customers and employees, and preventing accidents.

Signalling is complex - behind the signals themselves, which tell the driver when it’s safe to proceed, and the route ahead for their train, signalling systems tell us where the train is, control the movements of trains, and control systems such as points to direct trains, and some systems prevent signals being passed when they shouldn’t be, or over speeding.

More complex again is fully replacing a signalling system - but that’s what we’ve been doing in recent years with the City Centre Resignalling Project.

We are pleased to be completing this crucial project - unfortunately, it does necessitate some disruption in its final phases, but customers can be assured that it will deliver us a modern system that enhances services and safety, and will also ensure we have a system which can cater for the growth planned into the future under DART+.”

Anne Graham, Chief Executive of the National Transport Authority, said “The resignalling project is a key element of the investment in rail infrastructure in the Greater Dublin Area. We are already seeing some the benefits of the investment with the services that are now running through the Phoenix Park Tunnel and this project will lay the groundwork for similar improvements into the future.”

Customers should check times for any alterations over the weekend, particularly on Bank Holiday Monday, October 26, at www.irishrail.ie

Customers are reminded that as Ireland is at Level 5, the following arrangements apply:

All services are operating to a maximum capacity of 25%
Only those travelling for essential work purposes, as defined in the Government guidelines, should use rail and other public transport
Face coverings remain mandatory on board
Those whose journeys are essential should only sit in uncovered seats, and should maintain hand hygiene and coughing / sneezing etiquette