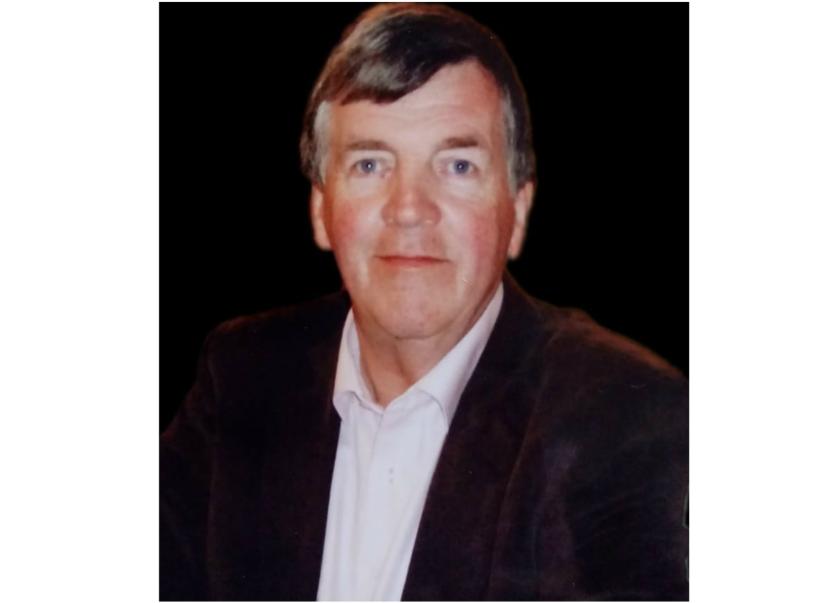 There is much sadness in the community of Ballymahon and beyond following the death of highly respected local man Liam Flynn.

A renowned GAA stalwart, Liam also enjoyed golf, horse racing and bridge, and he died peacefully, on Friday, October 23, in the excellent care of the staff of St Vincent's University Hospital and surrounded by his loving family.

Ballymahon GAA posted a lovely tribute to Liam on their Facebook page. It read:

Following on the passing of Tommy McCormack, Hugo Coughlan, Ronnie Nally, Noel Cooney and Kevin Canavan, 2020 has certainly been a sad year for our club.

While being of a quiet and unassuming nature, Liam was an astute and knowledgeable analyst of Gaelic games and life in general.

His advice and calmness in the midst of controversy was sought by many in the club over the years and was given in a calm, thoughtful and non judgemental way.

He represented the club at all levels from schoolboy with his Senior career spanning three decades (1967 to 1984). He was a prominent member of the 1969 Intermediate championship winning team.

He played with St Mel’s College and is the holder of two Leinster junior championship college medals. Liam was also a member of the first Longford Juvenile team to win the Fr Manning Cup.

After his playing career he played an important role in the club at administrative and team mentor level. He served the club as vice chairman, Secretary, County Board Delegate and selector to numerous teams. Liam was also a diligent and loyal promoter of the Lotto.

The Flynn family have been synonymous with Ballymahon GAA with Liam's late father Jimmy being a former President and Chairman of both Longford GAA County Board and the club. Liam’s brothers Brendan and Paddy played with the club with the latter also being Secretary for a number of years.

The tradition of playing for the club was carried on by Liam’s sons Barry and Colm, both making a great contribution over the years. His nephew Tommy is carrying on the tradition and is the the club Registrar.

His other great interests included golf, horse racing and Bridge. He was Secretary of the Inny Golf Society for a number of years and was also an excellent Bridge player winning numerous competitions over the years.

As we mourn Liam we will think of a man who was good humoured, witty and had a great sense of fun.

He was essentially a great family man and we send our sympathies to his wife Oonagh, his daughter Carole and sons Barry and Colm and his extended family, our thoughts are with you all. Ar Dheis De go riabh a anam dilis.”

Death notice
The death occurred, peacefully, in the excellent care of the staff of St Vincent's University Hospital and surrounded by his loving family, on Friday, October 23 of Liam Flynn, Ballymahon, Longford.

Due to the current restrictions, the family home will remain private. Funeral Mass will take place in St Matthew's Church, Ballymahon this Monday, October 26 at 12 noon.

In keeping with current guidelines this will be limited to family only. Those who would like to attend the funeral Mass, but cannot due to restrictions, may leave a message by clicking on condolences on RIP.ie. The Mass may be viewed on the St Matthew's Church Facebook page. Family flowers only, please.