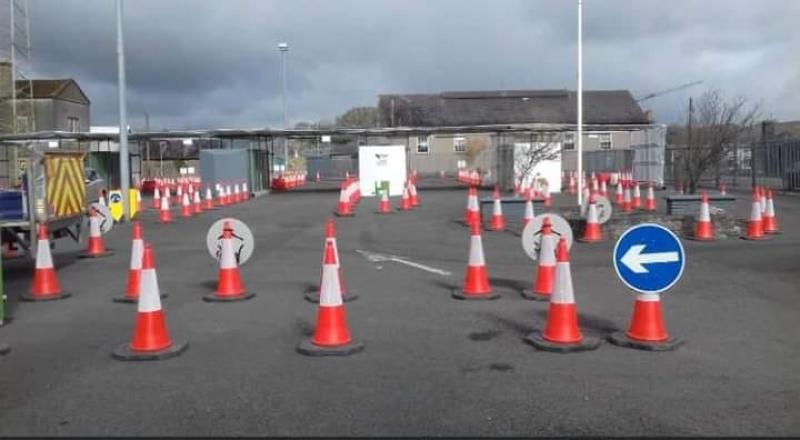 Almost 3,000 people have been tested for coronavirus in Co Longford since the virus broke out earlier this year with almost 100,000 having undergone examinations across the wider midlands area, the Leader can reveal.

According to figures obtained by the Leader, 2,896 people have been swabbed by HSE staff in Co Longford since March in a figure which looks set to rise as the country enters its first few days of a six week lockdown.

Approximately 848 tests have so far been recorded in October, marginally below the highest figure which came in May when 897 tests were carried out.

Across the wider Dublin Mid-Leinster region which includes Laois, Offaly, Westmeath, Louth and Meath, almost 100,000 members of the public have undergone Covid-19 testing.

Chairperson of the HSE's forum Cllr Paraic Brady said the level of testing already carried out was likely to rise even further as efforts to contain the virus' spread continue.

"It's great to see the level of testing that is going on and the need that it quite clearly there for it," he said.

"The area (Dublin-Mid Leinster), for a population of 160,000 has probably the highest amount of testing in the country at the minute and that is testament to the dedication and hard work of our frontline staff."

Cllr Brady said redeployment of frontline personnel to areas like swabbing and on site testing was continuing apace alongside additional recruitment.

In light of those moves and the sacrifices healthcare professionals have and continue to make in tackling the onset of Covid-19, Cllr Brady called on government bosses to consider affording staff financial incremental supports and tax concessions in recognition for their ongoing efforts.

"I do think some form of tax break should be given to these people," he said.

"I would hope the Government would recognise these people in time for all the work they have put in already."

The Fine Gael local representative was equally at pains to express his dissatisfaction at having personally witnessed dozens of youngsters socialising at an alleged house party in Granard town last weekend.

"It is disappointing that I came across that in the main street of the town and where there was absolutely no social distancing going on.

"These people clearly had no regard for their own safety, never mind the safety of others and that is disappointing," he added.