A time of considerable change for the newspaper industry 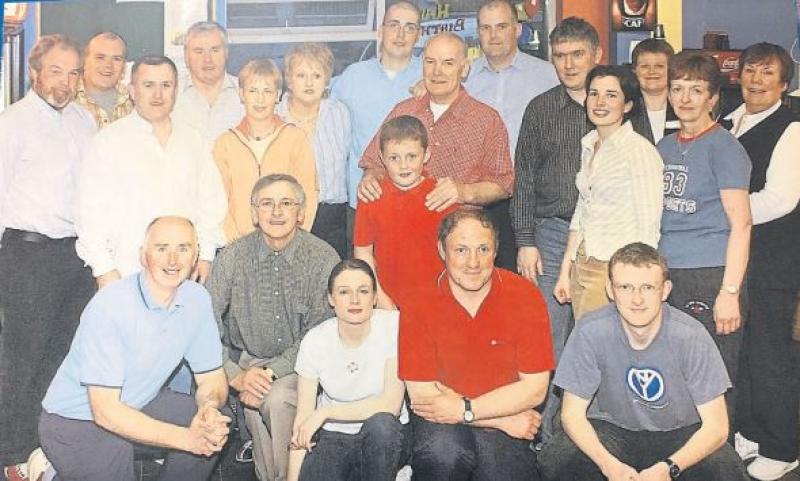 I started work in the Longford News in November 2000. My mother spotted the ad for a reporter and decided it was time to put a stop to my gallivanting around Dublin. I applied and to my eternal gratitude, the Fannings and the Turners took a punt on me and I was installed in the paper’s offices on Earl St where I was introduced to the nuts and bolts of newspapers as a cub reporter.

I was bitten by the newspaper bug instantly. I had grown up in a house where newspapers were purchased, discussed and dissected at the kitchen table every day. So I understood the ebb and flow of a newspaper but being part of its creation was incredibly exciting.

A number of months later I embarked upon that well-worn path between Earl St and Market Square when, like many reporters before me, I moved from the News to the Longford Leader.

I felt lucky to be working in the Longford Leader, one of the most respected regional newspapers in the country and with such a strong news team. The late Eugene McGee at the helm, Joe Flaherty was deputy editor and both would become hugely influential on my career.

We were based in the Market Square, a maze of offices which was a hive of activity at the time. I don’t remember much about my first day in the Leader but I do remember office manager Seamus Doyle giving me a tour of the place, issuing instructions about the use of the Leader vans (basically ‘don’t crash them whatever you do’) and showing me how to connect to the massive printer. The last piece I wrote for the Leader was a tribute to Seamus upon his death earlier this month. May he rest in peace.

The Leader was an exciting place to work for a reporter learning her craft. There were court sittings in Granard, Arva and Mohill to name but a few places. Granard court in particular was a regular haunt of mine as I lived only ten minutes out the road in Mullahoran at the time. The narrow stone steps of the Market House led up to a large room with a wooden floor where the judge sat at the top with a heater blasting nearby. All human life traipsed in and out of that courtroom and everyone knew “your one from the Leader”, which wasn’t always a good thing!

There were county council and town council meetings. I was fascinated by the intricacies of local government that are crucial to everyday life in rural areas. There were just two female county councillors in Longford at that time, albeit both very strong and vocal advocates, Peggy Nolan and Mae Sexton, but I saw first hand how the lack of female representation at local level manifests itself. Today, there are still just two female councillors on Longford County Council. It’s just not enough.

I covered archaeological digs, wastewater treatment plants, openings of fire stations, visits to schools, book launches, art exhibitions, festivals, ploughing championships, agricultural festivals and more. I began to meet the same people over and over again and learned how rural communities depend so much on the hard work of a few committed volunteers.

There were great nights out. The Longford Association in Dublin were such a lovely bunch of people and always flying the flag for Longford. The London Association were great fun too but the New York gigs were gone by the time I came on the scene much to my chagrin!

The Team of the Championships was a great concept, driven by Micheál Carrigy, and it became one of the highlights of the year. The Punchestown Race Day, the brainchild of Martin Skelly, is another great annual showcase for Longford and for the GAA.

Far and far too many of them. Deeply personal and terrible events that scarred the lives of those left behind and their entire communities.

Six years after I joined the Leader, I became editor of the paper. It was the proudest day of my professional life. The fire at St Mel’s Cathedral in 2009 was one of the biggest stories that happened during my tenure. It was a devastating blow, both physically and mentally, to Longford town. It just seemed like Longford could never get a break. Five years later, the iconic building opened its doors once again and its reimagining and transformation is truly a testament to the determination and goodwill of the entire community and to the craftspeople whose work is immortalised there.

No matter what happened in your life, the paper would come out. My first child was born prematurely in November 2011. It was Tuesday afternoon and I had just sent the last page of the paper to the print plant. I was on the phone to the print manager when my waters broke in the newsroom. I got off the call pretty quickly and made my way to Cavan General where Cillian came into the world the next day.

The newspaper industry has changed considerably during my time here but news of its demise is greatly exaggerated. Thanks to the web, more people are consuming local news than ever before. The Longford Leader website attracts around 10,000 readers every single day. Technology has brought us into the hands of people across the county, and across the globe. But there is a flipside to that. People can be incredibly and unfairly critical on social media and it has a grinding effect on those who are working on the coalface. Delivering local news in a pressure cooker environment most days of the week is not for the faint of heart - people need to be motivated, resourceful and hard working. They are constantly switched-on. They are workers, probably just like you, trying to do their best. They are not part of a mass media conspiracy to trick you. If you believe that, you’ve been duped alright. But not by them.

I bid farewell to a great bunch of colleagues and an excellent team producing a newspaper and website that remain at the heart of the community which they serve. Staff, like me, come and go but the Longford Leader goes on, as it has done for 123 years.