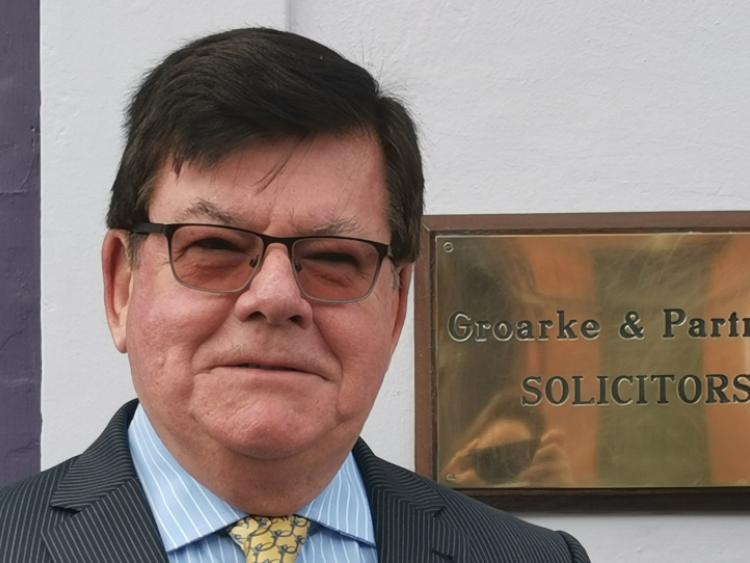 Patrick Groarke, of Groarke & Partners in Longford town was among 17 solicitors across the country to be awarded the honour by the Law Society of Ireland.

“Mr Groarke has frequently come into this court and I always found him to be extremely professional,” said Judge Seamus Hughes in tribute to the local solicitor.

“He comes from a very respected legal family and is now senior council. This is the first ceremony of its kind for solicitors, who now have the right to an audience in the Superior Court.

“He got there with his own hard work and this court sends its heartiest congratulations.”
Solicitor, John Quinn, who was present in court for the conversation spoke up on behalf of his colleagues, stating, “We endorse those comments.”

Court Registrar, Maggie Curley also offered up her congratulations to Mr Groarke on behalf of the court staff, while Sgt Mark Mahon sent best wishes to the local solicitor on behalf of An Garda Síochána.

Patrick Groarke enrolled as a solicitor in 1971 and was conferred with an LLM from UCD in 1984.

Working as a solicitor in Longford his entire career, he has specialised in defending professional negligence claims against solicitors.