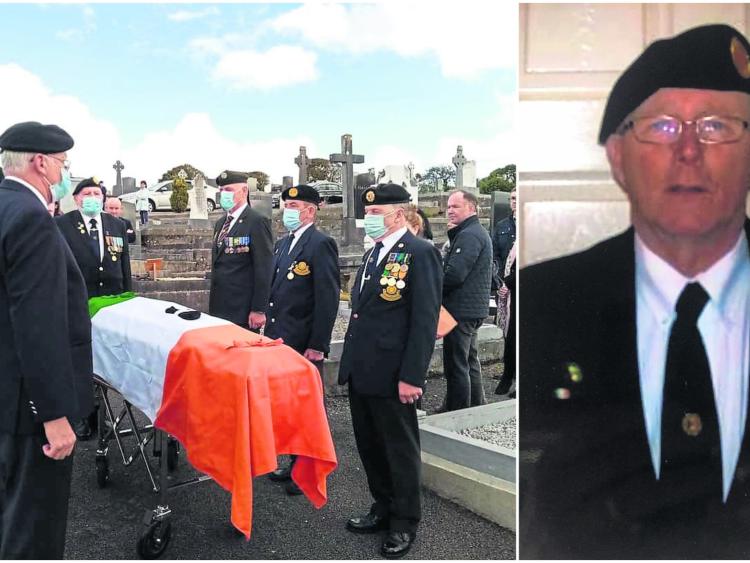 Bernie, former member of the 17th Battalion and 4th Motor Squadron, passed away suddenly at the Midland Regional Hospital, Tullamore after a long illness bravely borne.

The Peter Keenan ONE Branch, Longford paid tribute to their ‘great friend and colleague’.

Bernie was one of the first of the FCA members to be called up on full time security when The Troubles started in Northern Ireland.

He joined the army in 1972 and after basic training he was posted to the 4th Motor Squadron in Longford. His soldering skills ensured he was soon promoted to Corporal and after a few years he made Sergeant.

His skill with the FN, helped the Squadron shooting team win the all army and numerous other events in the early 70s.

Although he suffered from ill health a lot of the time, Bernie lived life to the full. After twelve years in the army, his health finally forced him to leave. He was soon a member of the local branch of the ONE, and with a few others they kept the organisation ticking over in lean times.

It gave him great satisfaction when he and other members led the St Patrick’s Day Parade in Longford a few years ago. His willingness to help those less fortunate than himself endeared him to everyone.

Over the last number of years, he travelled to Tullamore, three times weekly for dialysis, but he never let it get him down, his cheerful nature was always to the fore.

Bernie’s Funeral cortege departed from his home at Bannon Terrace on Thursday, October 1 and made the short journey to Saint Mel’s Cathedral for Funeral Mass, followed by burial in Ballymacormack Cemetery.