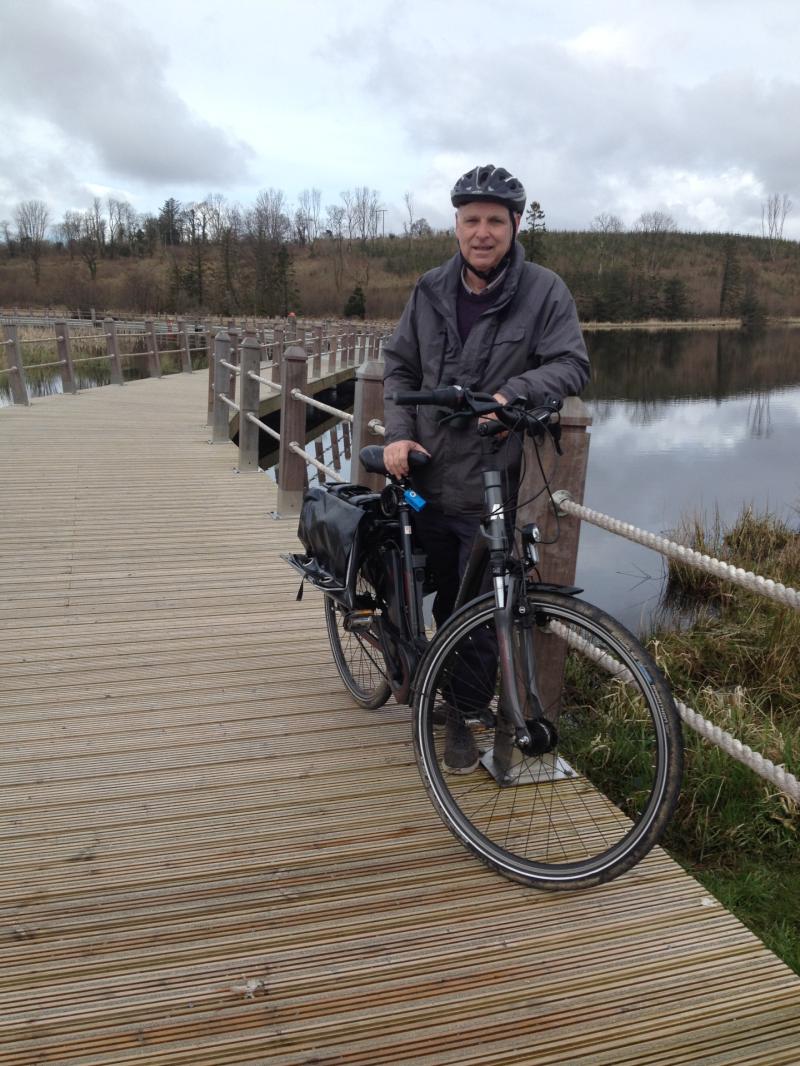 County Longford is one of a number of counties to feature in Paul Clements’ new book, Shannon Country: A River Journey Through Time.

Paul is a travel writer who has featured in a number of guide books, including The Roug Guide to Ireland and Fodor’s Essential Ireland, which is producing its new book in November.

In Shannon Country, a number of Longford beauty spots are featured, including Lanesboro, where the author came accross some interesting characters and learned a lot of information about the town, past and present, which is contained in the book.

On his journey, he also visited Newtowncashel, Barley Harbour, Saints Island and visted the Dernagran Boy where he spoke with the sculptor Michael Casey about his work.

Paul also met Paddy Hanley who brought him out to the Black Islands on Lough Ree where his great aunt Mary lived and whom Richard Hayward met in 1939 on his tour.

“The Black Ids are in Longford, although the boat trip was from the west side of Lough Ree at St John’s Bay, Warren Point. This was one of my favourite locations as it was truly going in Hayward's footsteps Paddy lived on the island until 1985 and opened the cottage to allow me to look in,” Paul explained.

Shannon Country: A River Journey Through Time will be available at Newsround, Longford.