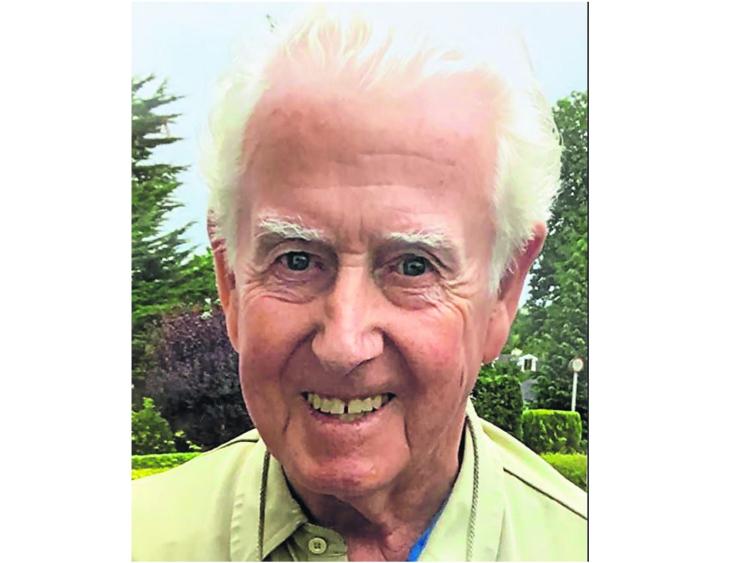 Seamus Doyle, who died this week at the age of 87, will be remembered as a loving family man who had a strong work ethic and a keen eye for detail. In recent years, he was a familiar sight walking around the Dublin Road in Longford and so it was particularly poignant to see a pair of runners adorn the top of his coffin as his remains were taken from the home he shared with his beloved late wife Eileen just a short distance to St Mel’s Cathedral on Monday morning.

For most of his life, Seamus was a highly successful sales representative and he had wonderful memories of his career, especially with the Punch company travelling all over the country.

But in the Longford Leader, he will be remembered as a much cherished and highly respected colleague who ran the office for nearly 20 years.

Seamus was the late Eugene McGee’s right hand man and the two were life-long friends. During Eugene’s time at the helm of the Leader, Seamus was the go-to man for the day-to-day running of the paper. All duties were carried out with due care and an attention to detail that was second to none. A warm and sociable man, he was a diligent colleague who was indispensable in keeping the Leader machine ticking from week to week. He worked with the paper until he was well into his 70s only leaving after the paper was taken over by Johnston Press.

His friendship with Eugene McGee, who came from the same parish, lasted throughout their lives and they would meet for a drink with their fellow Colmcille man John Frank O’ Reilly in John Browne’s Bar. All three of them have now gone to their eternal reward.

A fiercely proud Colmcille man, he was a member of the 1958 Longford Senior County Final winning team and was a keen follower of GAA all his life. He was a man of deep faith, a daily mass goer, and could often be seen strolling in and out the Dublin Road on the way to the Cathedral.

First and foremost, he was a family man. His wife Eileen was the centre of his world and his pride and love for his children and grandchildren was evident to everyone who met him. Eileen’s death was a devastating blow to him but family and faith helped him through that difficult time.

His funeral mass was held in St Mel’s Cathedral on Monday September 28th with burial afterwards in Ballymacormack Cemetery. May he rest in peace.