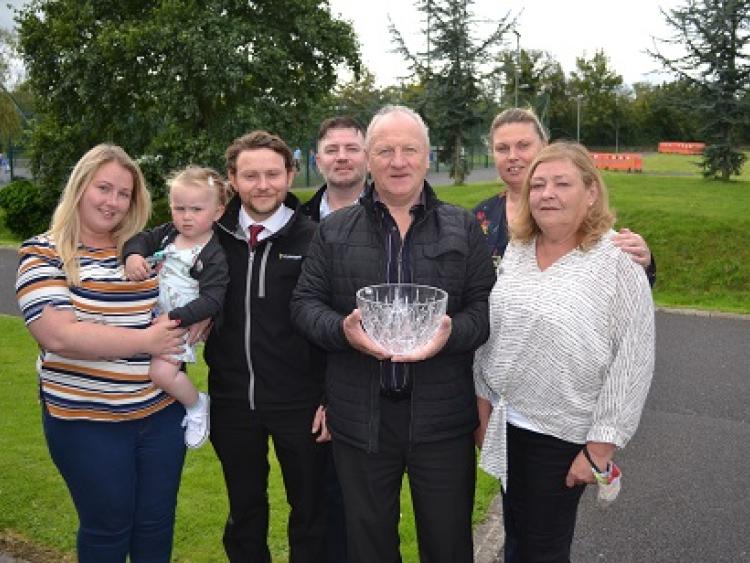 Tributes have been paid this week to Edgeworthstown community employment worker Seamus Gilchrist on foot of his retirement after more than three decades of unwavering local service.

The much admired and well respected community activist stepped down from his role as activities co-ordinator at the mid Longford town's hugely popular civic amenity, 'The Green'.

Having started out as a Community Employment employee in the late 1980s, for the past 20 years Seamus has occupied the role of activities co-ordinator, a post and sense of responsibility which local Heritage Hero Matt Farrell attested to during a presentation earlier this week.

Today we are celebrating the retirement of Seamus Glchrist," said Mr Farrell. "Although many people played their part over the years Seamus has remained with us for over thirty years, firstly as a worker in the Fás Community Employment Scheme and for the last twenty years as activities co-ordinator.

"During this period, he has approached his task with a positive attitude to improve the quality of life of the mostly young people who viewed the Green as a place to meet and generally have some fun. Seamus has seen many young people grow up and pass through.

"We have no doubt that all owe a debt of gratitude to him for the way he managed the facility.

"He used his unique qualities to guide these young people in the right path. Indeed, one of these, a very successful young man in Australia recently got in touch to acknowledge the benefits he received from his time spent during his summers on the Green.

"Seamus also had the unique ability to defuse any situation that might arise without causing a big fuss."