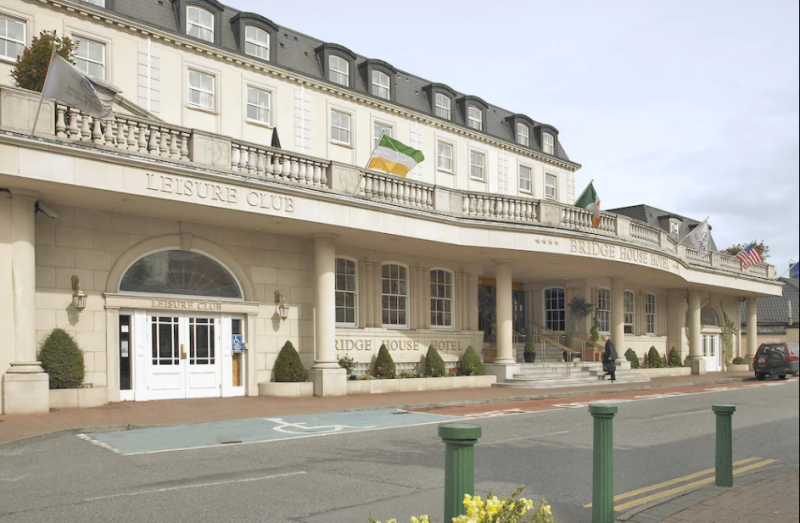 The head of a HSE led committee has claimed Longford would have followed Dublin's lead and gone into lockdown had a meeting which has been subject to a major Covid-19 outbreak gone ahead.

Cllr Paraic Brady, who acts as chairperson of the Dublin Mid-Leinster HSE forum made the admission after a late decision was taken to host a zoom meeting of the committee instead of a scheduled one at Tullamore's Bridge House Hotel.

Cllr Brady, together with county council colleagues PJ Reilly and Paul Ross had been scheduled to also attend the planned last Tuesday week.

It emerged last week that the hotel had been forced to temporarily close after around half of the people from a group of 40 tested positive for the virus.

The group had stayed at the premises for five days two weeks ago and just five days before the HSE meeting was pencilled in to take place and 48 hours after the alarm was raised concerning an outbreak at the hotel.

“We (Longford) would have been in phase three, the same as Dublin,” he said.

“It's a call I made and it was the right call to make.

Cllr Brady, instead, chaired the rearranged meeting via zoom from a HSE office in Tullamore.

“It would have looked very bad for the HSE to go ahead with a meeting in that way given all the guidelines that has been made to the public,” he said.

His fellow HSE forum member Cllr Paul Ross was equally supportive of the decision which was taken by Cllr Brady and health chiefs.

"There are councillors on the forum from Longford, Westmeath, Laois, Offaly, Kildare, Westmeath and south Dublin," said Cllr Ross.

"It's a huge area and cross party so it was a huge relief that a decision was taken to hold a zoom meeting instead otherwise there could have been much graver implications as to the virus' spread."

Cllr Ross said both he and his fellow elected representatives on the committee were this week counting themselves extremely fortunate at the decision to hold a meeting remotely.

"We did have an AGM in July and there was pressure to get that done which we did," he said.

"The HSE had been actively seeking a venue that would meet social distancing standards because our meetings would normally see up to 50 people attend.

"It was a great call in the end to have a zoom meeting at the end of last week especially what with what has emerged since.

"It just goes to show you even with the strictest of precautions you just don't know how or where it (virus) will spread next," he said.