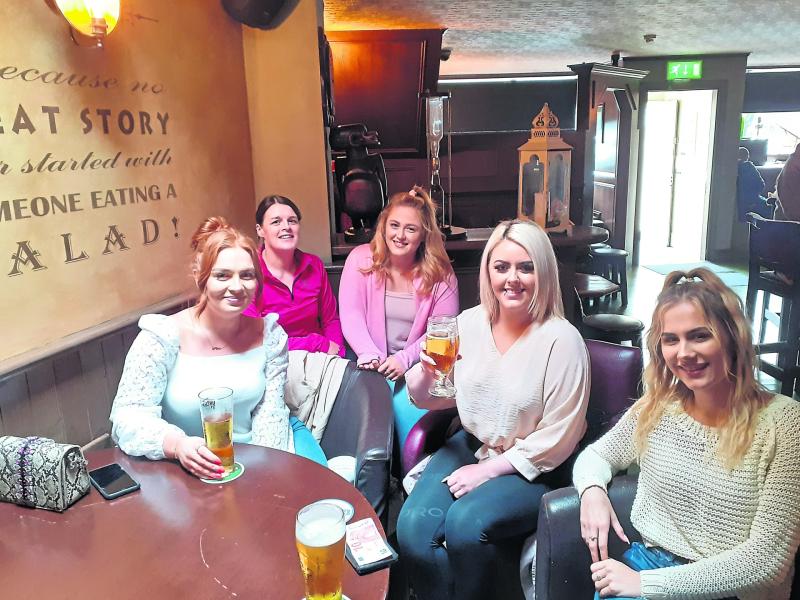 “It’s great to be back up and running,” said a clearly relieved and happy Andy Byrne on Monday as the green light was given to Ireland’s so-called ‘wet pubs’ to reopen their doors after more than six months.

Mr Byrne, who runs a pub in Longford town, said there was an onus on both himself and fellow publicans to ensure licensed premises remain open despite the lingering threat posed by a recent spike in Covid-19 cases.

“We just have to try and run it as best we can and if we have manners and everyone runs their businesses properly, there shouldn’t be an issue,” he told the Leader while pulling a pint behind his Ballymahon Street premises.

The local publican has previously spoken out on his frustration at the lack of financial supports which have come publicans’ way since pubs were forced to close back in March.

But, as he stressed to this newspaper on Monday, it is the need for license holders across the county and countrywide to pull together in unison which motivates him now.

“My concern is some people won’t and will flout the laws but in saying that people, in general, know they have to behave,” he said.

“I see it there already today with 20 to 30 in there and they are all doing the right thing, sitting in the group they came in with."

The other option, he confided, should coronavirus take hold as it has in Dublin over the past two weeks, doesn’t bear thinking about.

“That’s my fear. If they close the pubs again, there is a good chance half of them won’t open. If you look at this town when I came here first as a young fella there was 51 pubs in this town in 1977.

“When I opened on Richmond Street in 1991 there was over 40 pubs in town and now there is only ten or 11 left and I think if there is another outbreak or another closure there will be about five left.”

If there was a palpable sense of cautious optimism in those sentiments, the feeling among customers was one of overriding relief.

Agate Zaharevska, who was enjoying a friendly catch up with her friends, said in spite of concerns over a spike in Covid-19 cases nationally, being able to socialise again had been a long time in the making.

“It’s friendly and we do feel safe,” she said.

“It was a long six months but it is nice to see everyone again.”

No doubt Agate and scores more like her will be hoping those emotions remain and aren’t scuppered by the looming threat of a second Covid-19 wave.