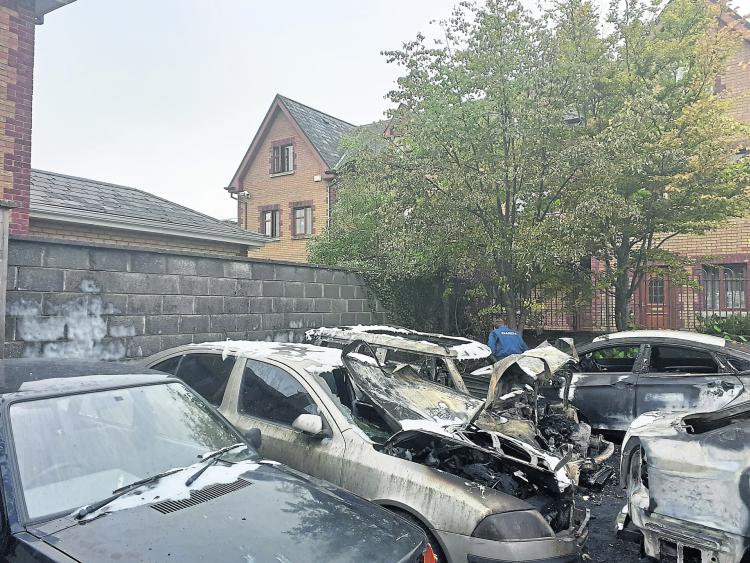 A Longford businessman has appealed for members of the public to come forward and assist gardaí with their inquiries into an alleged arson attack at his premises last week.

Kevin Mahon urged anyone with information to contact investigating gardaí after five cars were damaged during an incident at his garage which lies adjacent to Hanlon’s Gala along the main Dublin road in the early hours of last Thursday morning.

A final figure on the exact and substantial damage caused has yet to be fully determined, though the Leader understands those closest to the probe are treating it as arson.

The Leader has also learned much of the investigation, in the days since the incident, has been centred on CCTV footage taken from close to the scene.

It’s believed gardaí are focusing much of their efforts on a number of figures who were allegedly seen lurking around a car which had been parked in the forecourt.

Shortly before 4am, the car, together with four others, went up in flames.

Fire crews from Longford attended the scene and managed to contain the fire and prevent it from spreading to other cars which were parked up outside.

A thorough forensic investigation took place for much of the day last Thursday in a bid to ascertain possible DNA evidence which could prove crucial to any subsequent prosecutions which may arise.

Gardaí, the Leader understands, are also concentrating much of the ensuing investigation on establishing a possible motive for the incident.

In the interim, Mr Mahon called on anyone with possible information concerning the events of last Thursday morning to come forward.

Witnesses who may have noticed anything untoward along the main Dublin road between 3am and 4am on September 17 last is asked to contact Longford Garda Station at (043) 3350570.