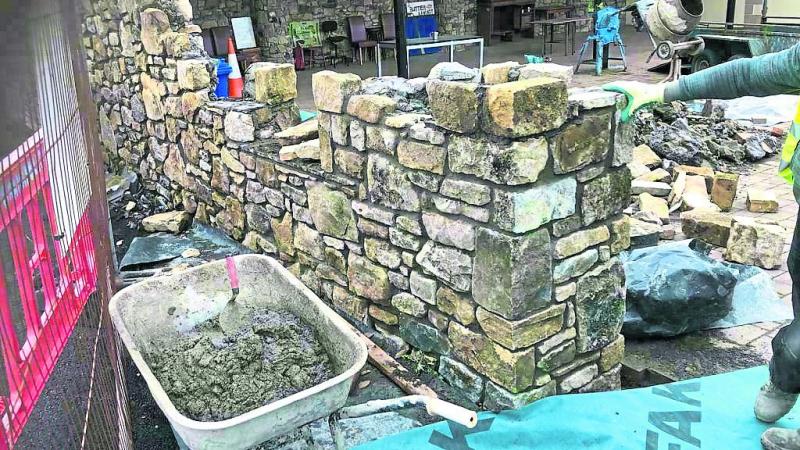 It's hoped one of north Longford's oldest trading sites could soon be re-opened.

Granard Buttermarket, which can trace its origins back to 1836, has been one of the town's busiest ports of call for locals and visitors to the area in recent times thanks to its supply of homemade breads, delicacies and other delectable treats.

The facility has, however, remained closed in more recent times in the face of a worsening coronavirus pandemic and following significant damage being caused to an outer wall after a car accident.

Work on rebuilding the wall has commenced in recent weeks under the guidance of Longford County Council.

“It's great to see work getting going on it and hopefully, fingers crossed it will be back up and running soon,” said local Cllr Turlough 'Pott' McGovern.

The Independent local representative stopped shrt of indicating when the buttermarket would be fully functional again but said moves were also afoot to install toilet facilities at the site.

“It's a hugely popular facility and is badly missed, so with a bit of luck it will be re-opened sooner rather than later,” he said.