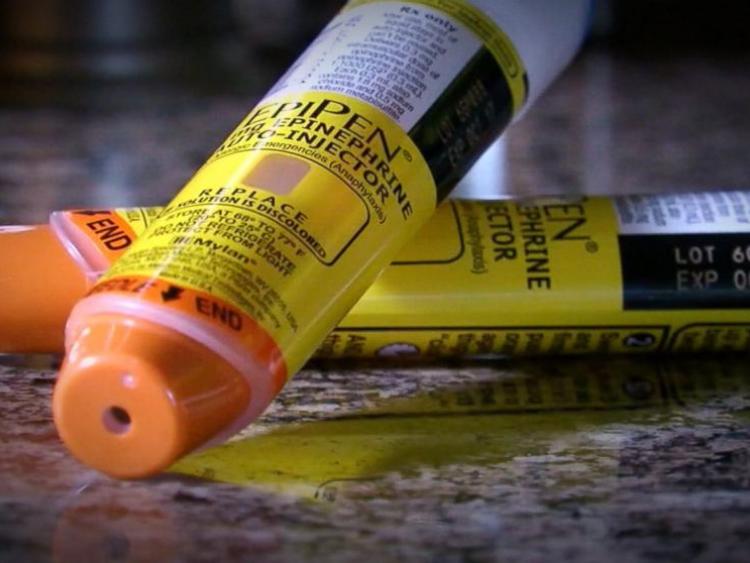 A Longford pharmacist has been hailed a hero for helping to save a woman’s life after she raced into a pharmacy while suffering a potentially fatal allergic reaction.

Clodagh Victory, daughter of veterinary surgeon James Victory, came to the woman’s aid by administering epipen, or adrenaline, in a Dublin based pharmacy last Friday.

The Trinity College graduate provided the life-saving dose on the customer who entered the IFSC’s Remedi Pharmacy complaining of swollen lips, a sore throat and breathing difficulties.

“I was out the back of the shop dispensing prescriptions but I could see what was going on and I saw this woman come in looking for an antihistamine and very panicked,” recalled Clodagh.

“I just went over to her and asked her if everything was ok. She told me ‘No’, that she had a peanut allergy and had just eaten a piece of cake.”

After asking the customer to remove her mask, Clodagh told of how she immediately noticed the woman’s swollen lips and throat as she struggled for breath.

“The minute I saw her lips I knew how bad it was,” said Clodagh, who was only in her second week in the job after returning from Australia.

“Her body was going into a reaction and I realised then that it was life-threatening.”

Staying calm throughout the entire process, the 25-year-old asked her manager to phone for an ambulance and tell them it was an anaphylactic emergency.

In the meantime, Clodagh brought the customer into a nearby consultation room where she gave her the vital injection.

The shot of epipen helped lessen the woman’s swelling and opened up her airways again moments before ambulance personnel arrived who then proceeded to administer IV steroids in an attempt to reduce inflammation to the rest of her body.

Shortly after being transferred to hospital, a paramedic returned to the pharmacy to personally thank Clodagh and of how she had likely saved the woman’s life.

The young lady, who had only returned to work from maternity leave the same day of the episode, phoned the pharmacy 24 hours later to extend her own appreciation.

For Clodagh and despite her life-saving exploits, it was an experience the modest Longford native was keen to downplay.

“I couldn’t believe when it all blew up I was down as being from Dublin, I’m not, I’m a proud Longford native and at the end of the day it’s my job” revealed Clodagh, as she told of returning to work as soon as the ambulance brought the stricken woman away.

“I had to do the prescriptions that were still there and I didn’t really think too much about it. It’s all part of giving the best possible care as a pharmacist. She just happened to be in the right place at the right time.”