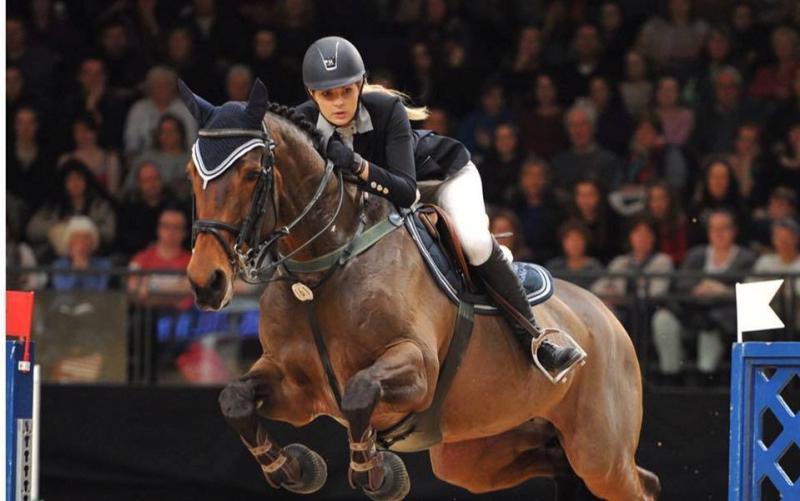 Leading Longford showjumper Aisling Byrne has made a successful return to the saddle yesterday almost two and a half years after a freak accident threatened her very existence in the sport.

The Newtownforbes native sustained two broken hips, a smashed pelvis and internal bleeding after a horse she had been out exercising reared up and fell backwards on top of the talented showjumper.

Aisling spent nine days in intensive care, underwent surgery more than once and spent months in hospital as she made her painstaking but ultimately successful return to full health.

She took to her own Facebook page on Saturday to post details of her successful return as she took on and successfully cleared a round of fences at Mullingar Equestrian Centre.

A video was also posted showing Aisling in action, much to the delight of her many friends and supporters who reacted in large numbers to savour the Longford woman's good news.

"After two and a half years out of the competition ring and after being told time after time by many professionals that I would never walk again, much less show jump, I can’t tell you how amazing it feels to be back at a show again," she said.

"Having only jumped my first fence since my last op in March last Friday and having had more setbacks along this journey than you can imagine, I’m delighted to have been able to jump clear around a small course of fences today."

She said the level of support she had received since the accident had been "indescribable" and proved hugely significant in copper-fastening her rehabilitation.

"Ihas meant more than you’ll ever know, especially seeing so many people get emotional when they saw me
walk back into the ring for the first time much to their surprise I’m sure."

"(There's) Plenty of work still to be done and muscle to be built up but I’m excited and very grateful," she added.

In a previous interview with the Leader, Aisling spoke about her determination to succeed in the face of potentially life-changing adversity.

ALSO READ: Longford showjumper, Aisling Byrne, eager to get back on the horse

“I met challenges and setbacks along the way but I think it is important to stay positive and practical and keep striving towards your end goal," she said.

“I realise that I am so lucky that I will get better from this injury and that, although it was severe, it is thankfully not permanent.

“There are lots of people who don’t walk away after accidents like mine and I have kept that very much to the forefront of my mind, so that I know how very lucky I am.”