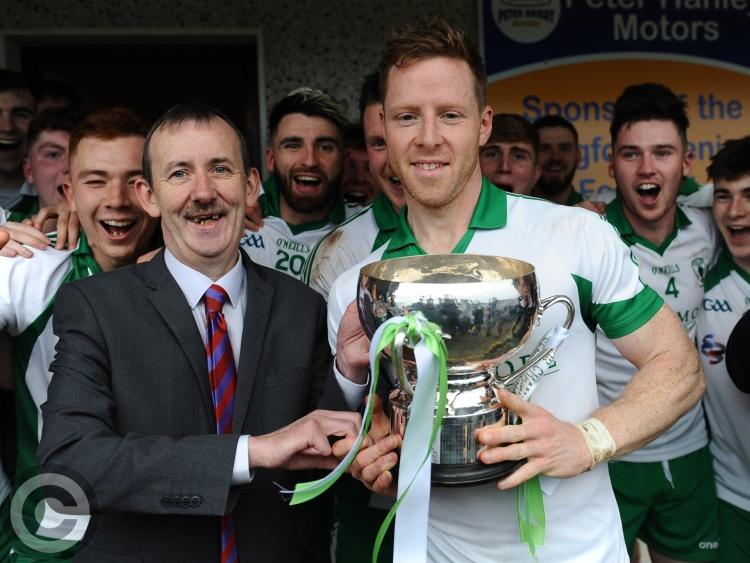 Reigning Longford senior football champions Killoe Emmet Óg are back in this year's championship after the DRA Tribunal announced this evening that it is quashing the draconian 48-week suspension that was imposed on the club by the Longford Hearings Committee.

The DRA Tribunal - comprising Mr Jarlath Fitzsimons SC, Mr Eamonn Denieffe and Mr Con Hogan - dealt with Killoe Emmet Óg's challenge against the decision of Longford Hearings Committee to disqualify them from the 2019 U16 Football Championship, impose a €750.00 fine and a subsequent 48 week suspension for non-payment of the said fine, a decision which was then upheld by the Leinster Hearings Committee - on Friday night.

The Tribunal deliberated since Friday night and released it's comprehensive sixteen page decision this Sunday evening "concluding that the Longford HC erred in deeming that the mandatory and draconian sanction under Rule 6.24(c) was applicable or appropriate."

CONCLUSION AND DETERMINATION
46. Longford HC did not have the jurisdiction to decide, at the time of imposing a
fine on a Unit that, in the event of failure to pay any fine imposed for loss of
revenue within such period as may be stipulated, a suspension as provided for
in Rule 6.24(c) T.O. 2019 shall apply.

47. Subsequently, Longford CCC erred in its decision to invoke Rule 6.24(c) to
suspend the Club for 48 weeks on the basis that the Club had not paid the fine
imposed for loss of revenue “before the requested deadline”.

49. In all the circumstances, the decision made by Longford HC on 20 February 2020
is quashed insofar as it purported to decide that:
“In the event that the fine is not paid by the date stipulated, a Suspension as
provided for in Rule 6.24(c) T.O. 2019 shall apply with effect from 1 Lunasa
2020.”

50. For the avoidance of doubt, in circumstances where it is the understanding of
the Tribunal that the appeal submitted by the Club on 23 February 2020 is still
pending before the Leinster HC, the Tribunal makes no further order in respect
of the decision made by Longford HC on 20 February 2020.

52. Pursuant to Rule 11.3 of the Disputes Resolution Code, the Tribunal directs
Leinster HC to hear the appeal made by the Club on 23 February 2020 as a matter
of priority, with the following directions as to the proper procedures to be
applied:
(1) The case be dealt with by a differently constituted Committee and, as
necessary, temporary members are appointed to Leinster HC pursuant to
Rule 7.14 to facilitate the case being dealt with; and
(2) The case be considered by Leinster HC in light of the Tribunal’s conclusions
set out in this Decision.