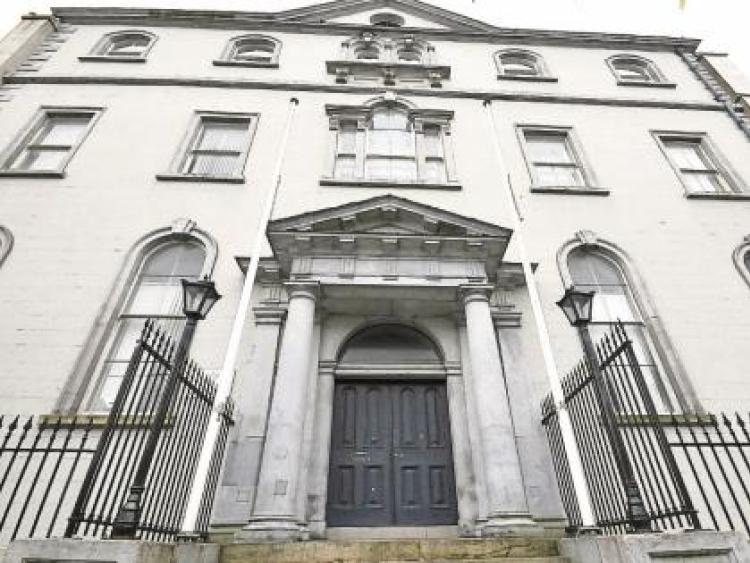 Longford District Court, where five people have appeared in connection to an alleged hit and run incident in Longford town last year

Four men and a woman have appeared in court charged in connection to an alleged hit and run incident in Longford town last year.

As first revealed by the Leader this morning, all five were arrested and charged earlier today after a man and his two children were injured while walking through Annally Car Park in Longford town on April 30 2019.

Detective garda Sean Galvin gave evidence of having arrested all five this morning and later charging them at Longford Garda Station.

He said none of the accused made any reply when each of the charges were put to them.

Patrick Lawrence and Joe Lawrence were both charged with intentionally or recklessly driving a motor vehicle at the three alleged victims in the case and of failing to keep the said vehicle at the scene of the incident.

The pair were also charged with dangerous driving arising out of the same incident.

David and Daniel Lawrence were charged with violent disorder with Ms Lawrence also being charged with impeding the course of a prosecution.

Sgt Mark Mahon, prosecuting, said the State would be consenting to bail ahead of the preparation of a book of evidence in the case.

All five were granted bail and legal aid subject to a number of conditions.

They were each ordered to observe a 10pm to 8 curfew, to sign on daily at Longford Garda Station between the hours of 9am and 9pm, to provide a mobile phone number for the purposes of monitoring bail, be of good behaviour, to have no contact either directly or indirectly with any potential witnesses in the case and to refrain from uploading any material to any form of social media.

Patrick and Joe Lawrence were similarly ordered not to drive any vehicle until the conclusion of court proceedings.

All five are due to appear back before Longford District Court on September 22 2020 when a book of evidence is expected to be served.