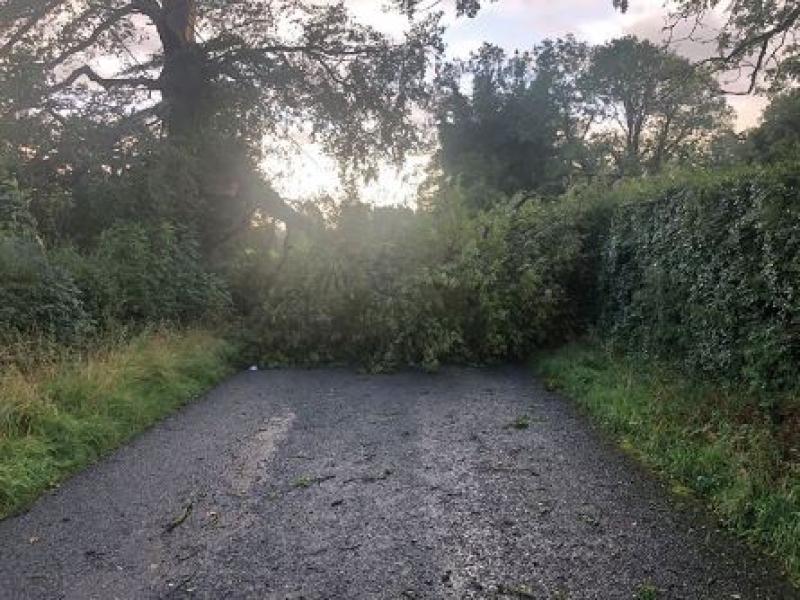 A tree which was brought down on the Cullyfad road, just off the main Longford by-pass. Pic: Gerry Hagan

A number of homes and commercial premises across Co Longford are still without power this morning in the aftermath of Storm Ellen.

Close to 40 homes in Newtownforbes alongside up to 30 households in the wider Edgeworthstown area have been told it could be lunchtime tomorrow before power is restored.

Over 30 residences in Loch Gowna are in a similar predicament with electricity expected to be returned sometime later today.

ESB officials have said it was the third most severe storm of modern times, given the scale of the damage sustained by the national power network, exceeded only by Storm Ophelia and Storm Darwin.

Forecasters have warned the stormy conditions look set to continue with areas battered by Storm Ellen and violent 143kmh winds now face the threat of torrential rainfall over the next 36 hours.

Meanwhile, Longford County Council has come in for praise for its speedy response in clearing a fallen tree on the Cullyfad road at Sunnyside.

"The council were out very quickly when the call went in and the road was quickly cleared," said Cllr Gerry Hagan, who hailed the efficiency of the local authority's outdoor staff in dealing with the aftermath of Storm Ellen.