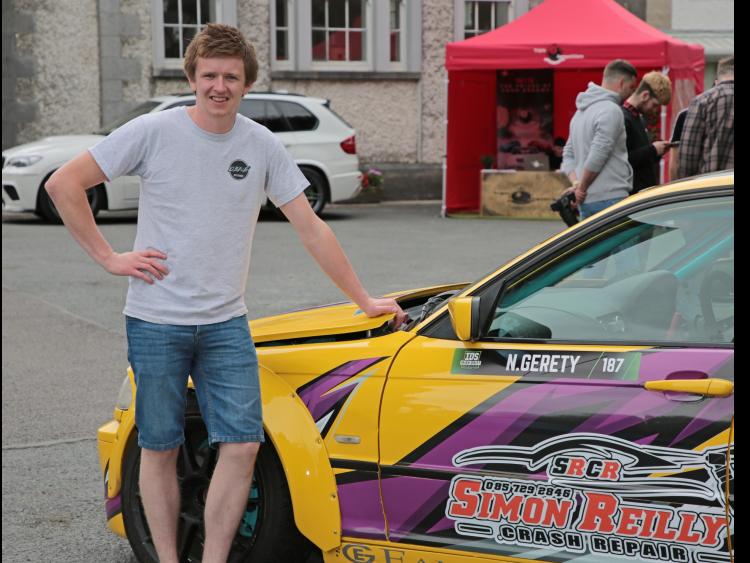 The third annual Old School New School (OSNS) Motor Show was held in St Mel’s College, Longford town on Sunday last.
2020 hasn't exactly gone to plan for anyone, and the OSNS crew were no different. This year’s show was not the one they envisaged when they sat down at their first meeting all of those months ago.

OSNS Secretary Fiona Woods explained, “We had massive plans for our third show and, like most others involved in shows around the country, we played the waiting game when the figures for Covid-19 began increasing steadily, never thinking that it would actually impact us all these months later.”

The committee postponed the show from its original date of July 12 as they didn't want to have to restrict numbers to 200, and they firmly believed that they would have been able to have had at least 500, if not more, in attendance.

Unfortunately, that hope slipped away a couple of weeks ago and they had a decision to make - call off the show altogether, or try to keep our numbers restricted.

Ms Woods pointed out, “We decided that we wouldn't do a Garth Brooks on it with an "if we can't have them all, we'll have none of them", and we went full steam ahead with our plans to put on a show, albeit on a much smaller scale to what we had planned, and hoped, for. We really wanted to make sure that there was at least one car show this year.”

She added, “The idea of having to pick less than 100 cars out of the 450+ entrants we had received was torture. We never imagined, or wanted to see, a day where we would have to turn people away. We are so appreciative to everyone who stuck with us, and we want to thank everyone for understanding that our hands were tied in this matter.”

Ms Woods said they ‘had a fantastic day’ and on behalf of the OSNS committee, she expressed thanks to everyone who had a role in making that happen.

“From Declan Rowley and the Board of Management at St Mel's College, to the OSNS crew who transformed the site over a number of days, from the sponsors to all of the photographers and other media who attended, from the traders, to Andrew Reynolds and his team in the canteen, and lastly, but certainly not least, all of those who attended and complied with all of the Covid-19 restrictions.”

She highlighted, “We kept the numbers within the allowed parameters, whilst still welcoming people from all over the country, many of whom stayed in accommodation around the town, thus giving the local economy a much needed boost. Everyone put in a huge effort to ensure their cars were in pristine condition for the occasion. There was a huge standard on display and the judges had their hands full to choose their Top 10 modified, Top 5 classic and overall Car of the Show. We would like to congratulate all of those that took home prizes, and we would also like to apologise to all of those we had to turn away.”

Ms Woods said the committee looked forward to 2021 with a renewed sense of optimism, knowing that no matter what happens they can adapt. “We really do plan to make next year our biggest show to date, and we trust that everyone will continue to follow the necessary guidelines to ensure that can happen.”