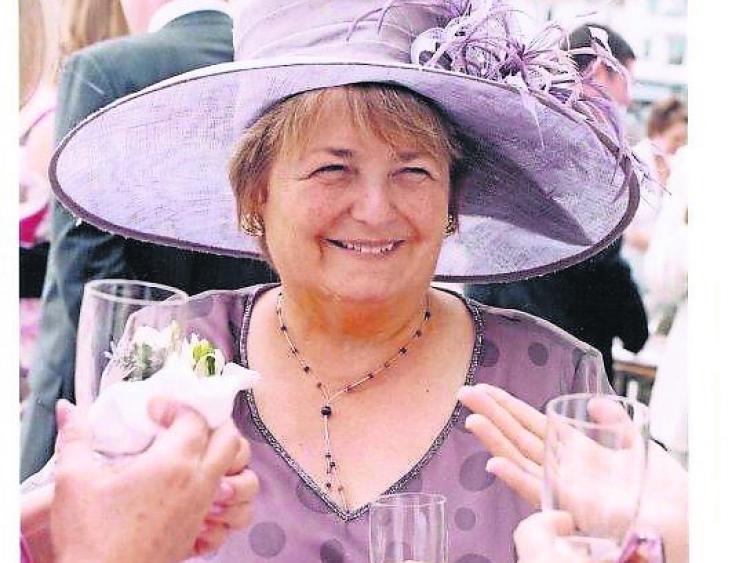 THE Irish community in Berkshire and far beyond is mourning the passing of the dynamic and irreplaceable Anne Morris, who died suddenly on June 13, at the age of 77.

Anne was the founder of the Hibernian Society Senior Citizens Lunch Club, building it up from scratch in the English Martyrs Church hall in Reading, attracting stars including Val Doonican and Daniel O'Donnell to drop by to meet her ladies and gentlemen, sing a few songs and pose for treasured photographs.

The club later expanded to three sessions a week at the Reading and District Irish Centre, where the Wednesday lunch regularly drew at least 50 pensioners of every race, creed and colour.

No club member ever missed a lunch without receiving a phone call from Anne to check whether their absence was anything other than routine, while everyone's number was on her speed dial just in case they might need a cheering chat.

She never had a bad word for anyone but equally she wouldn't ever take 'no' for an answer.

Anne was born in Dublin's Rotunda Hospital, one of eight children raised by James and Elsie McAdden in the village of Rathowen, County Westmeath.

She was educated at Newtownforbes Convent in County Longford before the family emigrated to England in 1960.

She worked at the BBC Monitoring Centre at Caversham Park but most of her working life was spent with the NatWest and she once recalled: “I'd see people come into the bank who hadn't spoken to another soul since they were in the previous week, which is where I got the lunch club idea.”

Before that she managed to badger the bosses of BBC Berkshire into starting the ever popular Sunday afternoon Irish Eye programme, going on to co-present it with Henry Wymbs as the spread of the internet took them to a worldwide audience.

When she finished her 17 year stint on the show in 2012, going solo with her own programme – A Little Bit of Blarney – on community radio in Reading held no fears.

In 1997 her fundraising took her into the written word with Broth & Blarney, a compendium of short stories and anecdotes by the likes of John B. Keane and William Trevor and favourite recipes from contributors including Cahal Daly, the Archbishop of Armagh, former Taoiseach Albert Reynolds, novelist Maeve Binchy and singer and harpist Mary O'Hara.

Anne was predeceased by her sons Sean and Andrew and will be sadly missed by husband Keith, her daughters Claire and Joanne, her five grandchildren, her brothers and sisters and anyone who ever had the privilege of knowing or working with her.