Get it up there: ASAI pull latest Tampax ad from TV 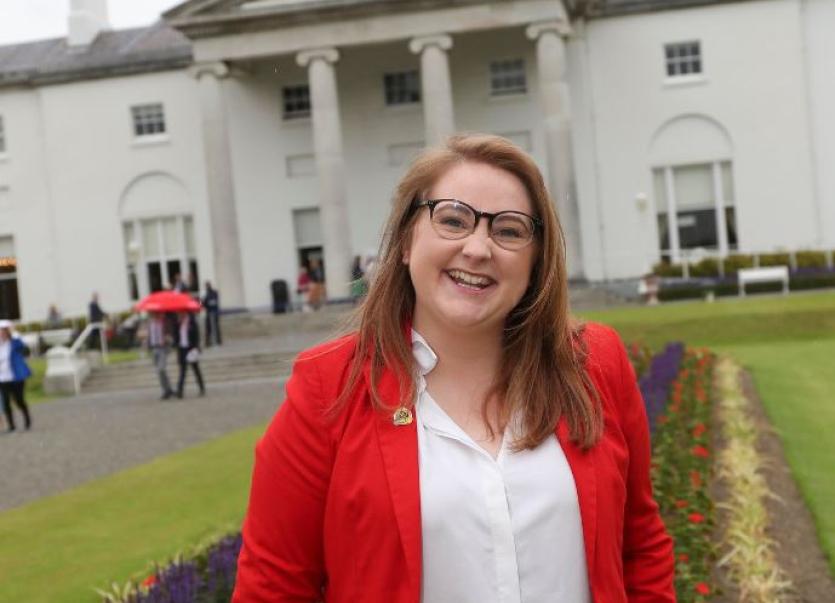 Longford woman, Síona Cahill has hit out at ASAI’s decision to pull the latest Tampax ad from TV screens last week, labelling the move as “outrageous stuff in this day and age”.

The former USI President has launched a #TweetYourPeriod campaign, aiming to remove the stigma and the shame which she says is still associated with menstruation.

“It is the year of our Lord, 2020, and Ireland just banned an advert about how to correctly use a tampon,” Ms Cahill fumed.

One of the 28-year-old Colehill woman’s main concerns about the removal of the advert is the fact that it was done so on the basis of 84 complaints.

“That means that only 84 people, out of a population of around five million, were able to determine what ‘general offence’ to society was. That makes no sense to me at all,” she said.

Currently, Ms Cahill explained, advertising for feminine care products is not permitted on programmes with an audience expected to be at least 50% young people under the age of 18.

Furthermore, there are restrictions on advertisements from UK stations transmitting to Ireland for programmes with an audience comprised of 20% or more of children under 16.

“Can you imagine not seeing an advert on TV for sanitary pads until you’re 18, as if you haven’t been bleeding every month (naturally) since you were 11? That’s genuinely outrageous stuff in this day and age,” said Ms Cahill, who sits on the board of the Irish Family Planning Association.

“Honestly, it’s a problem, loads of women don’t use them (tampons) correctly and as a result they can be uncomfortable.

“The advert that Tampax put together was naff, the acting was cheesy, the setup was awkward - but at the end of the day, it was a harmless, humorous attempt to educate women on how to use their product.

“It’s also still better than advertising sanitary pads like as if they’re kitchen towels, and using some class of fake blue liquid on them in TV advertising, or showing women rollerblading or skiing. Periods affect us all in different ways - not everyone gets cramps or backaches, not everyone is impacted emotionally, but we also don’t have to pretend they’re great craic to have happen either.”

Ultimately, Ms Cahill added, whether or not the complaints came from women or men, this is, at it’s core, “once again, an issue tied to the shaming of women”.

“We so desperately still want women to keep quiet, and to nearly hide the part of themselves that is just so human and normal - getting their period. Something that happens every month for half the population and we’re afraid to have it discussed on our screens like it’s something we should be ashamed of,” she said.

Ms Cahill also hit out at the stigma surrounding women’s periods and said it’s high time that stigma was removed for such a natural cycle.

“Stigma in society comes from when we don’t understand something, or when we shroud it in mystery, or when we ‘pull the curtains over’ and keep things to ourselves instead of positively educating on it and asking questions,” she explained.

“Growing up, our bodies shouldn’t be a mystery, we should be encouraged to embrace them and learn about them and about each other in a healthy, supportive environment.

“We shouldn’t feel like we have to hide our packets of Always in amongst the cabbages at the Tesco cashier, or send boyfriends out in the dead of night to get us tampons. Instead, it should be like any other part of your shopping because it’s so normal. Young guys should be as much a part of that conversation and we should learn about these things together.”

The Longford activist has since launched her #TweetYourPeriod campaign, which encourages women to talk about their periods in order to remove the shame and stigma associated with women’s bodily functions.

“We need to break down the fear of periods,” she said.

“A few years ago, activists and women online starting tweeting about their periods, because for so long periods have actually been used against women, particularly when it came to elected office or senior leadership roles.

“We’re told we’re too ‘emotional’ and ‘hormonal’ as women and myself and so many others want to change that.

“I think that full equality doesn't come from hiding our experiences but from normalising them. This is so important for all the young women coming after us; they should feel comfortable in asking questions and being in tune with their bodies. That can only be a positive, good and healthy thing,” she concluded.